Former Bollywood actress Zaira Wasim deleted her Twitter and Instagram account after she got trolled and received hate messages for a recent tweet about the locust attacks. Zaira had tweeted a verse from the Quran which mentions the five plagues of Egypt including the swarm of locusts. 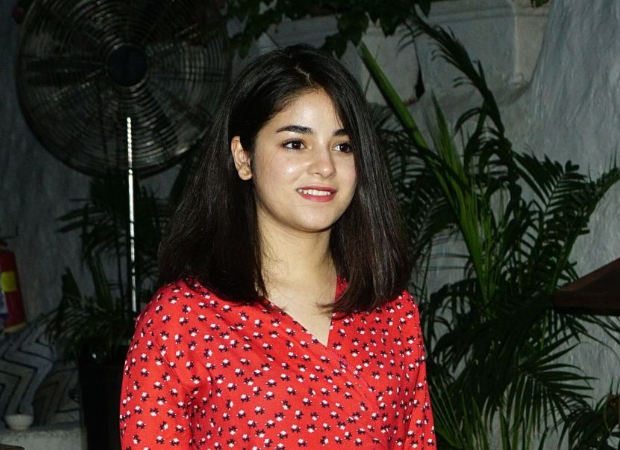 “So We sent upon them the flood and locusts and lice and frogs and blood: Signs openly self-explained: but they were steeped in arrogance- a people given to sin” -Qur’an 7:133,” she tweeted. Several states in India including Gujarat, Rajasthan, Madhya Pradesh, Uttar Pradesh and Maharashtra have been affected by the locust attacks. 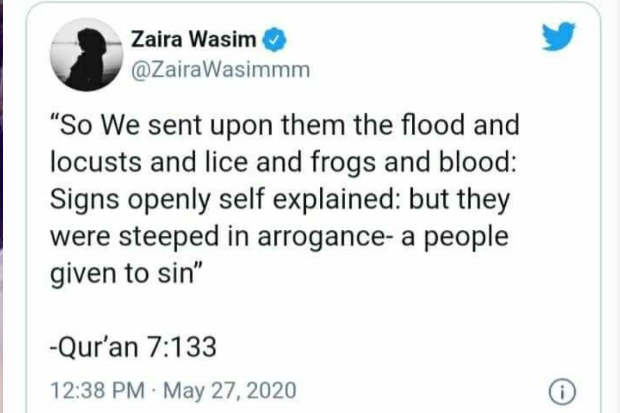 Some social media inferred that in her tweet she was justifying the locust attack as the wrath of God and called it 'dumb'. Meanwhile, some also stood in her support of her tweet.

Zaira Wasim quit the film industry in 2019 with The Sky is Pink being her last film. In a detailed post, she explained her decision. “As I had just started to explore and make sense of the things to which I dedicated my time, efforts and emotions and tried to grab hold of a new lifestyle -- it was only for me to realise that though I may fit here perfectly, I do not belong here. This field indeed brought a lot of love, support, and applause my way, but what it also did was to lead me to a path of ignorance, as I silently and unconsciously transitioned out of ‘Imaan’ (a Muslim’s steadfast path in Allah’s devotion). While I continued to work in an environment that consistently interfered with my Imaan, my relationship with my religion was threatened,” she wrote.

ALSO READ: Zaira Wasim urges everyone to stop praising her and says it is dangerous