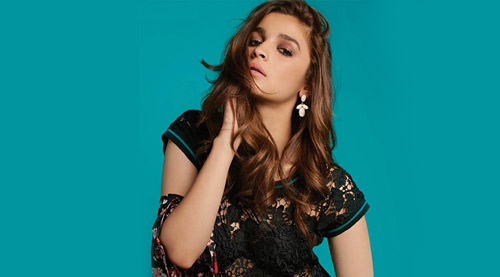 Alia Bhatt is very excited about doing another film with her mentor Karan Johar whom she calls her father-figure-and that too a film and role as coveted as Shhuddhi.

Speaking for the first time on her lately acquired role Alia Bhatt says, "Yes, I'm doing Shhuddhi. But all that has been decided so far is that Varun (Dhawan) and me will be in it. All other details including shooting dates are yet to be worked out."

So is she looking forward to being reunited on screen with Varun? "Of course! We started together in Student Of The Year and we've done two films together so far. Shhuddhi will be our third film together.
He's my buddy and we share a terrific bonding. We know exactly what the other is going to do in a scene."

Aliah Bhatt gets emotional while talking about Karan Johar. "It's great to be doing another film for Karan. I started my career with Karan and I've considered him a father-figure ever since. I consult him for all
my major professional decisions."

Was Alia surprised when Shhuddhi passed on from Kareena and Salman Khan to Alia and Varun?

Displaying enormous diplomacy for a girl her age Alia retorts, "I'd rather talk about the role coming to me than its history. It's an interesting subject. I am also every excited about working with Karan
Malhotra who earlier directed Agneepath."

In Shhuddhi is she hoping for an item song like Katrina Kaif's 'Chikni Chameli' in Agneepath. "I am way too inexperienced to show that kind of confidence and skill while dancing on screen. But yes, when I do a
dance number I want it to be really special."