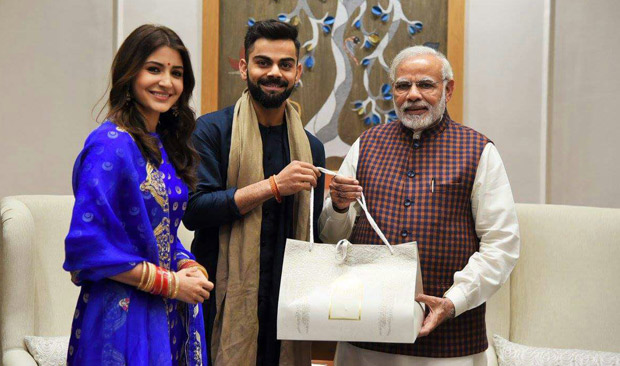 The married newbies, Anushka Sharma and Virat Kohli touched base in Delhi this week following a splendid fairy-tale wedding in Tuscany, Italy. The duo met PM Narendra Modi to invite him for their extravagant reception at the capital on December 21, 2017. Flaunting a hard-to-miss bridal glow, Anushka Sharma cut out quite a pretty picture and we can hardly stop thinking about the electric blue ensemble that the diva sported! Styled by her go-to fashion stylist, Allia Al Rufai, Anushka Sharma’s bridal trousseau certainly looks well-curated, replete with sought-after designer ensembles. Spontaneous and always striking a chord – Anushka Sharma! Karan Johar certainly made this striking observation on his show, Koffee With Karan 5. While her on-screen persona endears her immensely, off-screen too, the diva keeps everyone hooked to her shenanigans with hubby, Virat Kohli. All along, Anushka Sharma has consciously engaged us with her sartorial style game dabbling into a melange of looks pulling off high street fashion, ethereal ethnics, grunge and high-fashion couture with equal and enviable aplomb.

The picture that made a splash on the social media certainly highlights Anushka Sharma and Virat Kohli’s radiant glows as newlyweds. Check out the style dope and the video of the adorable duo. 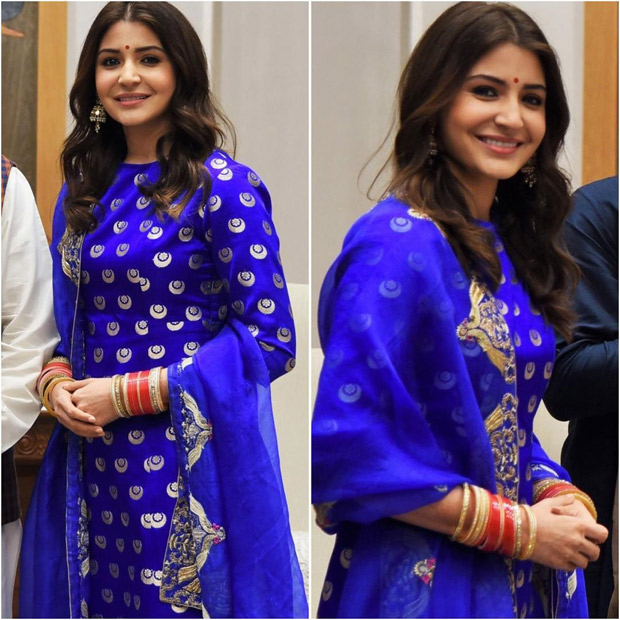 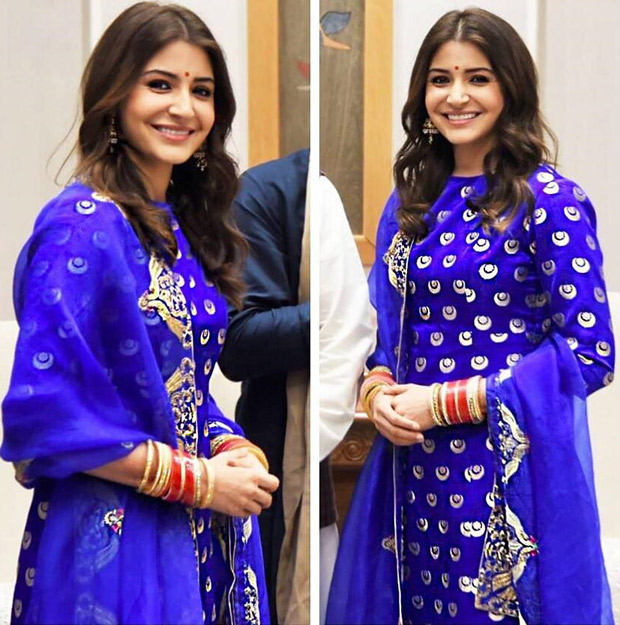 A cynosure of all eyes, Anushka Sharma looks resplendent beyond words and we totally applaud her choice of colour – electric blue! Donning an ensemble that was rich in regional aesthetics, Anushka Sharma nailed the look quite immaculately. As a December bride, Anushka Sharma has certainly been keeping up the pace with her exquisite choices and we can only wait with bated breath as she readies to don yet another dazzling designer creation for her reception in Delhi.

The diva snags a perfect style score of 4.

From being a quintessential outsider, the YRF find, Anushka Sharma has indeed traversed a long way from playing the role of Taani Gupta in Rab Ne Bana Di Jodi with Shah Rukh Khan to Sejal in Jab Harry Met Sejal that released earlier this year. On the professional front, she is all set to reunite with Ranbir Kapoor in Sanjay Dutt’s biopic, directed by Raju Hirani.