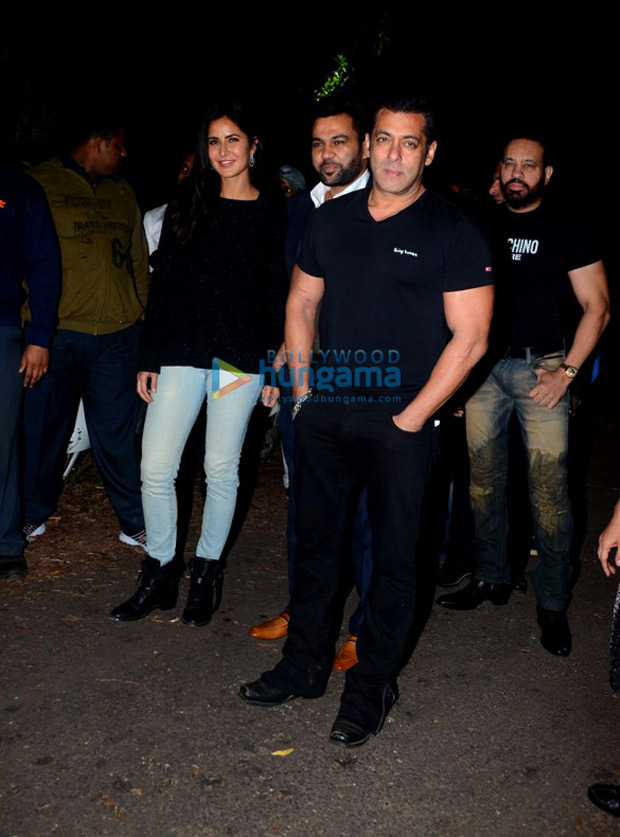 December 27 is nothing short of a festival. After all, it’s the day when Salman Khan celebrates his birthday. And this birthday is extra special as his big-budget extravaganza Tiger Zinda Hai has just released and is doing extremely well at the box office. Even on non-holiday weekdays, it is holding extremely well and many in the trade feel that it will emerge as Salman’s highest grosser.

Like every year, Salman celebrated his birthday by throwing a big bash at his Panvel farmhouse at the midnight. It was attended by his family members – Arbaaz Khan, Sohail Khan and also Arbaaz’s ex-wife Malaika Arora and her sister Amrita Arora Ladak. Salman’s special friend Iulia Vantur also joined in. But the attraction of the party was Tiger Zinda Hai actress Katrina Kaif and its director Ali Abbas Zafar. The trio were spotted posing for the shutterbugs.

Salman Khan’s close friend since years, Sajid Nadiadwala, also attended the bash. Before he went for the party, he said, “Hit or not, we celebrate Salman’s birthday every year at his farm in Panvel with his entire family. My wife and my sons look forward to this annual event even more than I do. And they wouldn’t miss it for the world. In fact all of us are getting ready to leave. The kids are packing. They can’t wait to be with their Chachu (Salman). My sons find me boring because I tell them to go to sleep at 5 while their Chachu lets them have fun on the farm for the birthday week until 8. I am talking about 8 am, not 8 pm. That’s when everyone finally goes to sleep after the birthday bash. ” 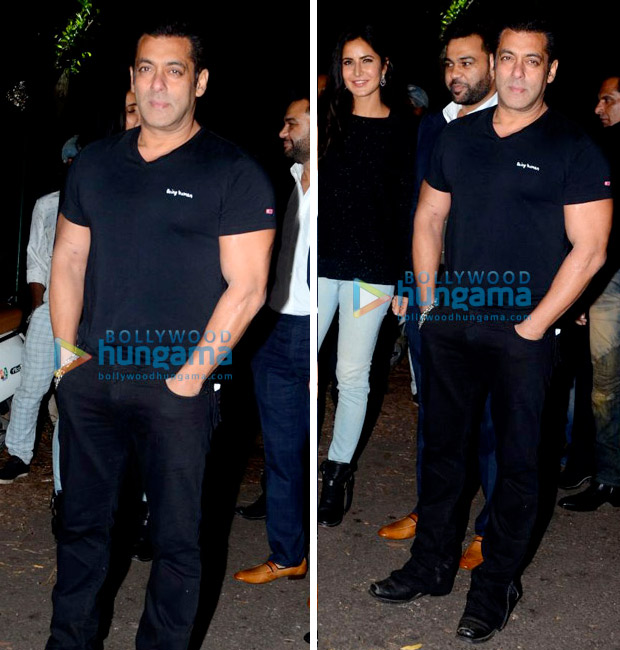 While the grownups do their grownup things (drinking, dancing) the children were busy having their own fun, and that includes Salman who likes spending his birthday time on the farm with all the kids. Says Sajid Nadiadwala, “It’s amazing how much Salman bonds with the children. My sons dote on their Chachu. Every year in January we talk about going for a White Christmas in some European country. But by the time December arrives we are all set to drive down to Panvel for Salman’s birthday celebrations.”