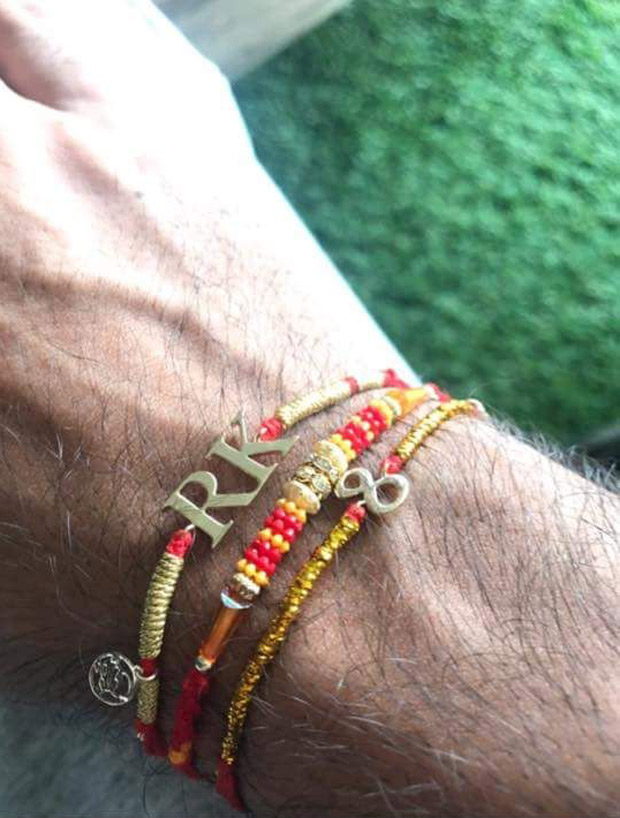 Recently B-town saw a host of Bollywood celebrities expressing their love for siblings and celebrating their bond during Raksha Bandhan. Now almost a week later, we hear that Ranbir Kapoor continues to sport the rakhi tied to him by sister Riddhima Kapoor.

It so happens that generally the rakhi threads used aren’t long lasting but Ranbir Kapoor’s jewellery designer sister opted for a unique one this time. She decided to tie a customized rakhi for her superstar brother. Besides the fact that it is made of gold, the rakhi also bears his initials RK and his lucky number 8.

On the other hand, asserting that Ranbir indeed continues to retain her rakhi, Riddhima stated that the reason why she decided to make it in gold was because she didn’t want the rakhi to be thrown away. She also added that the rakhi threads used for the same are detachable and that he can wear it as a bracelet later. That is indeed a great way of sealing the brother-sister bond, we must say!

As for his films, Ranbir Kapoor who last produced and acted in Jagga Jasoos, has been shooting for the much awaited Sanjay Dutt biopic. Besides that, he also has Ayan Mukerji’s superhero drama Dragon on the cards which is yet to go on floor.