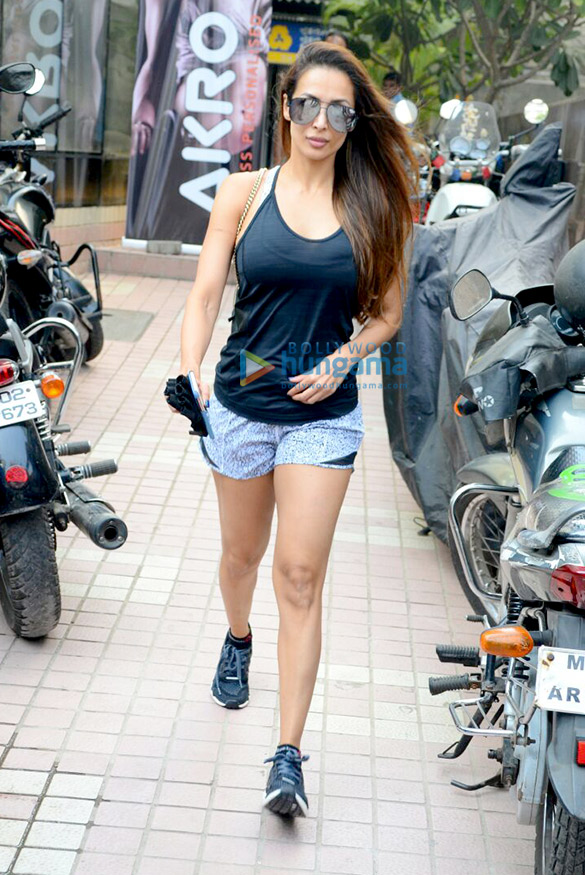 After pictures of stars coming in or out of the airport, a new trend slowly emerging is that of film stars being snapped outside their gymnasiums. Mostly, the pictures are clicked after the celebs have sweated it out in the gym. Yet, many of these stars look fresh and it’s a mystery how they manage to do that. And in this regard, Malaika Arora’s latest pictures take the cake.

The picture that emerged last Friday shows Malaika Arora looking sizzling and smoking hot as she walks out of the gym. She’s wearing black, sleeveless top and very small shorts. Her toned legs are visible and make for a great watch. Also the poised manner in which she’s walking along with her cool sunglasses is really praiseworthy. What’s also worth mentioning is that she’s 40 plus and yet; she has maintained herself so well. She can still give heroines half her age a run for money with her looks and aura. 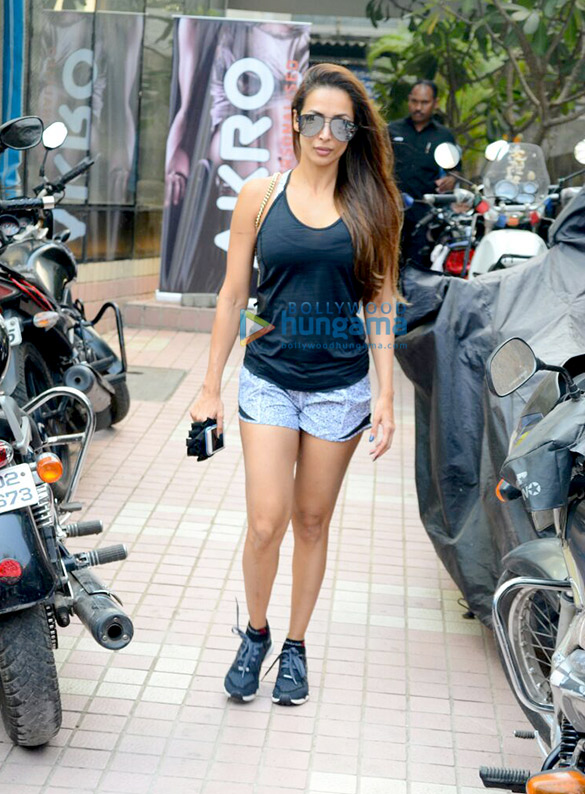 Unfortunately, Malaika Arora does very few films. Even the films she has done feature her as item girl or in a cameo. She was seen in a sensual avatar in the song ‘Munni Badnaam’ in Dabangg that became a sensation. She also performed in Housefull 2, Dabangg 2 and Dolly Ki Doli and was seen in a cameo in Shah Rukh Khan-starrer Happy New Year.