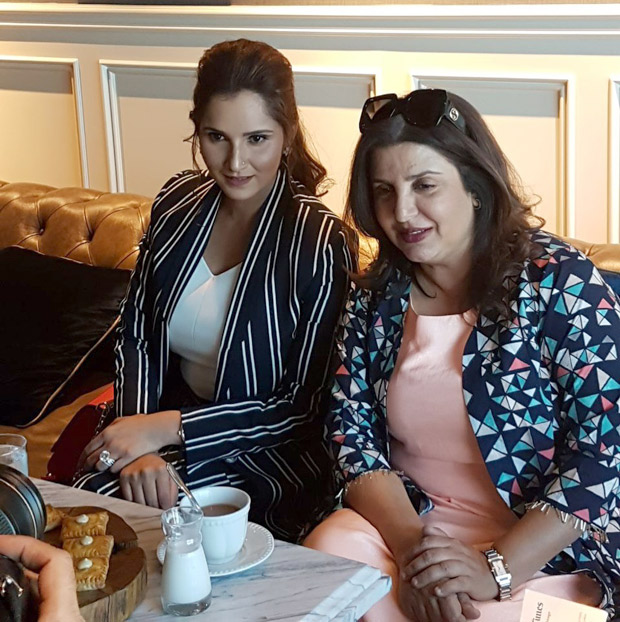 One of the most secretive friendships that blossomed without the knowledge of the media was that of choreographer-director Farah Khan and tennis star Sania Mirza. Both became quite close and gradually, pictures emerged of Farah hosting a meal for Sania at her residence when the latter is in Mumbai and vice versa. Earlier this year, they appeared together on Karan Johar’s TV show ‘Koffee With Karan’ and brought their house down with their camaraderie. Farah Khan surprised everyone by admitting that she had approached Sania Mirza for an item song but Sania turned down the offer.

A new picture of these lovely friends has emerged that you should definitely look at. It features Farah Khan and Sania Mirza sitting at The Label Bazaar exhibition in Dubai. Both look great in their respective clothes, especially Sania’s coat which seems very trendy. Both are keenly observing something and a cup of a tea and cookies are placed on the table. The picture has been clicked in the luxurious J W Marriott Marquis hotel.

"This birthday was special; it seemed the…