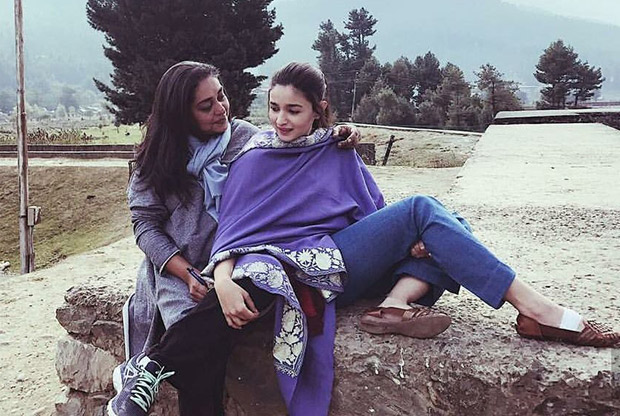 Looks like the team of Raazi is having a great time and beautifully bonding with each other. Ever since the film went on floors a few months ago, a lot of pictures have come out that show how the various team members of this film are getting along beautifully.

The trend continues with the two new pictures that have come out, fresh from the sets of this intense film. Both images feature Alia Bhatt. In the first photo, she can be seen cosying up to her director Meghna Gulzar. Meghna too seems happy with her cute co-star. Alia looks lovely as a purple coloured shawl draped is over her. Both are sitting in a picturesque location.

The second picture is clicked in a shikara in the Dal Lake in Srinagar. Alia is wearing a sweatshirt it seems and the bold text on her top reads ‘Feminist’! This and the manner in which Alia is looking at the lake and perhaps admiring its beauty look great. Next to her is the make-up artist Puneet B Saini who is wearing glares and is giving a lovely pose. The picture is uploaded on Instagram by Alia and she has tagged Puneet and the caption reads, “Give me 30 seconds”. 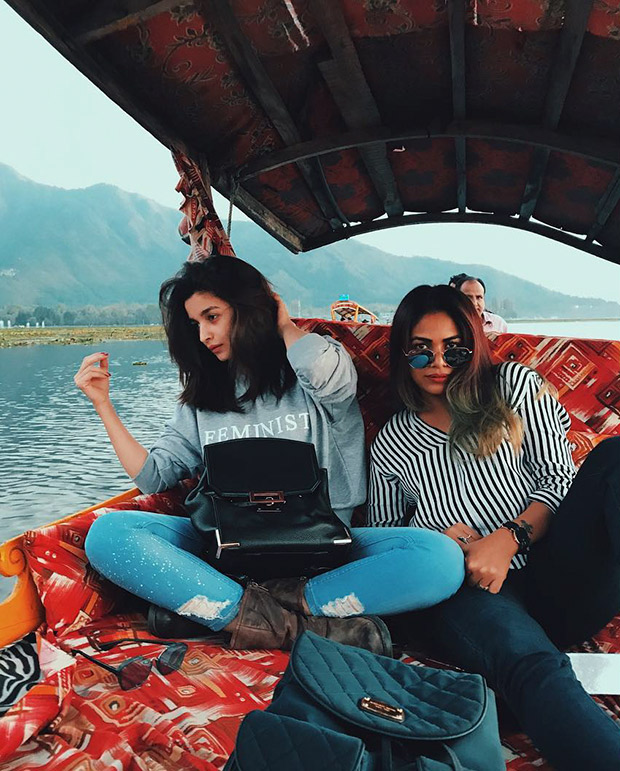 Raazi is based on the novel ‘Calling Sehmat’. Co-produced by Dharma Productions and Junglee Pictures, it is directed by Meghna Gulzar and is a thriller which is set during the 1971 war between India and Pakistan. Alia Bhatt is playing the role of a Kashmiri girl married to a Pakistani army officer who hands over confidential information to the Indian forces.