K-pop star Wonho made his much-awaited solo debut earlier in the month of September. The 27-year-old musician dropped the first mini-album 'Love Synonym #1: Right For Me' on September 4, 2020. Along with it, the musician released the music video for 'Open Mind'. 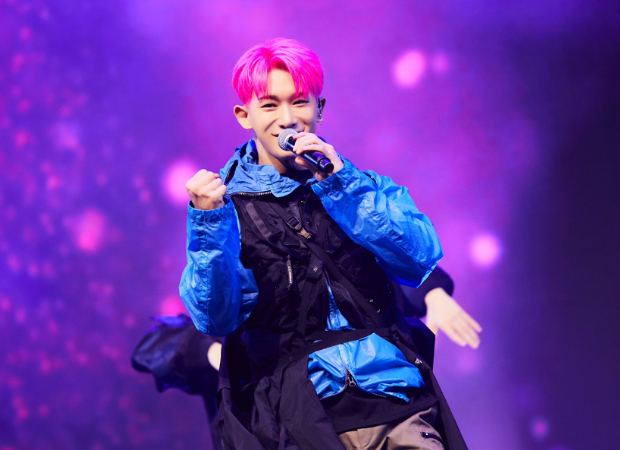 After promoting the song on various music shows in South Korea, Wonho held his first concert, which was a virtual one amid the pandemic, on September 27, 2020. "Thank you for being with me for the online concert #IWONHOYOU. WENEE from all over the world helped me to complete the show in great success. Your constant love and support is my true energy. love you WENEE," he wrote on Twitter to express the gratitude towards the fans who supported his solo work and his first concert.

WONHO SPECIAL LIVE????
Thank you for being with me for the online concert #IWONHOYOU
WENEE from all over the world helped me to complete the show in great success????Your constant love and support is my true energy????love you WENEE????#원호 #WONHO#위니 #WENEE pic.twitter.com/RE56OocUe8

The setlist comprised of songs from 'Love Synonym #1: Right For Me' including 'Open Mind', 'With You', 'Losing You', 'Lost In Paradise', 'Interlude: Runaway' among others. He also did covers of 'Intentions' by Justin Bieber and 'I Love You' by Billie Eilish. During his set, he also crooned 'Flash', a fan song that will be included in his next album.

During the concert, Wonho confirmed that preparations for his first comeback, meaning his next album, are almost over. A source from his agency Highline Entertainment confirmed that he is indeed gearing up for his next album but the date is yet to be decided. But, one thing is sure, the album drops before the year ends.