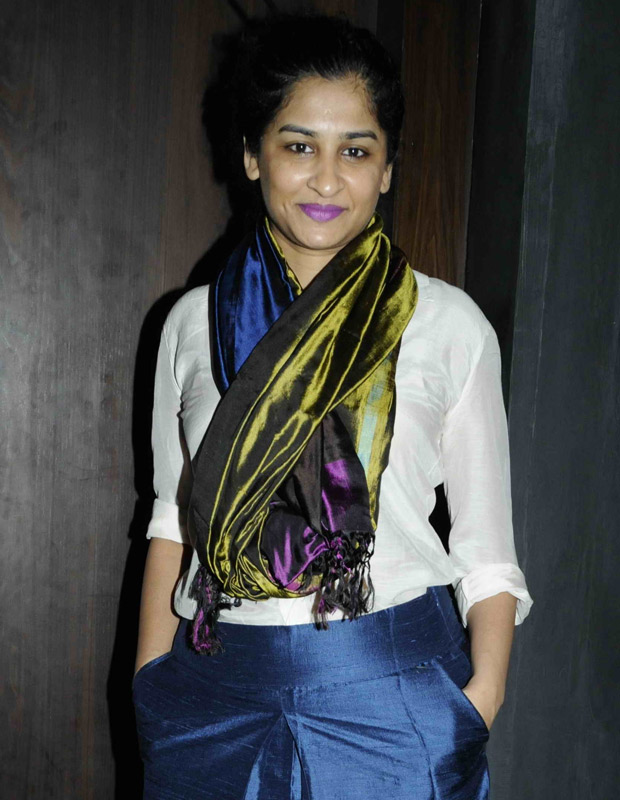 The very accomplished Gauri Shinde whose debut film English Vinglish created a movement, is not nervous about her second directorial venture. “Dear Zindagi is done in a different frame of mind. It covers a different zone in the human experience,” confesses the self-confessed nomadic traveller and explorer who loves to take off for unknown destinations in different parts of the world.

“I like to search for new destinations sometimes on my own, sometimes with friends and otherwise with my husband (filmmaker R. Balki). I hope to cover at least 70 percent of the world during my lifetime. Dear Zindagi was written during one such exploration. The idea came to me in New York in 2014.”

So what’s Dear Zindagi about?

Gauri takes a deep breath. “It’s about….life, as seen through the eyes of a woman generations removed from the one Sridevi played in English Vinglish. Yes, it’s about a girl trying to get over her first heartbreak and the man who gives her gyan on life and love. For the role of my female protagonist I had a few options in mind until I met Alia Bhatt. And she was ‘IT’. There’s something magical about Alia. I had decided I’d work with her when I saw her in Highway.”

Gauri says Shah Rukh was the first and final option for the male lead. “For the role of the male protagonist Jahangir Khan it had to be none other than Shah Rukh Khan. I could close my eyes and just see him in that role. Jahangir is a wise and entertaining storyteller, just like Shah Rukh.”

Shah Rukh kept the two ladies regaled throughout the film. “He is so expressive and articulate and there is so much to know and learn from him. Alia and I would just listen in,” says Gauri appreciatively.

Was Gauri not tempted to cast the Big B, an indispensable favourite of her husband Balki’s cinema and also the surprise element in Gauri’s English Vinglish? “Oh yes. I was most certainly tempted to create a cameo for him and for Sridevi. But I felt it would be too gimmicky. I look forward to working with them again. When? I don’t know! I don’t know if I’ve any more stories to tell within me after Dear Zindagi. I felt the same when I directed English Vinglish. I felt that was the only story I had to tell. So I am under no pressure to find more stories to tell. If they (the stories) find me, fine. If they don’t I’ll just keep travelling.”

She can’t help being happy for her husband R Balki’s support. “Though he was busy this time with his own film Ki Aur Ka, he was always there. His support is invaluable. As a female director I do feel encumbered by gender discrimination. There are many things that male directors can do which female directors can’t. These differences used to bother me a lot during English Vinglish. I became more accustomed to them this time.”