Fans cannot stop gushing over the recent gesture of Thalapathy Vijay! They say, action speaks louder than words and that’s how Vijay managed to make his friends proud. The actor came to their rescue on the sets of Thalapathy 63 when there was a massive chaos created by them to catch a glimpse of him. 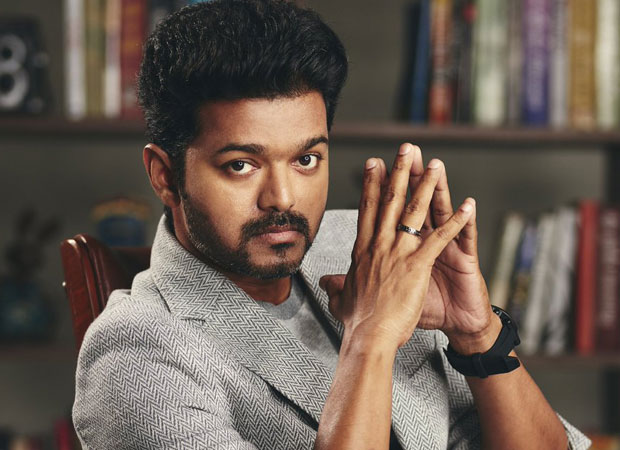 In a recent video that has gone viral on the internet, we can see Vijay calmly walking towards meeting his fans. Amidst vanity vans, the actor came out to meet them whilst shooting for Thalapathy 63. There was a massive crowd waiting on the other side of the fence to catch just a sneak peek of their favourite idol. Owing to the chaos and horde of people, some fans who were standing pretty close to the fence were about to fall off it.

However, superstar Vijay jumped across and immediately came to their rescue. While he initially held the fence, his entire team and security guards followed the suit thereby stopping the fence from falling and helping the fans. This not only left those fans overwhelmed but many of them on social media too are hailing Vijay as a real hero who protected his fans. They have been gushing about his kind and generous nature on social media. Here’s a peek-a-boo of the video that is doing the rounds on social media platforms.

#Vijay does what he does in movies - protects his fans once the fence falls down. A real hero and no better reason needed to SALUTE him. But, fans, be advised not to create a mob! #Thalapathy63 pic.twitter.com/4qczdH3XGf

Speaking of Thalapathy 63, the film is directed by Atlee and features Nayanthara as the leading lady. Touted to be a full-fledged sports drama, the film features Vijay as a coach and he has undergone extensive training for the same. Produced by AGS Entertainment, the film is expected to release in October this year. The music is composed by maestro AR Rahman.

Also Read: Sarkar – The Vijay starrer is in a quandary; court will hear the plagiarism case of the A R Murugadoss directorial on October 30