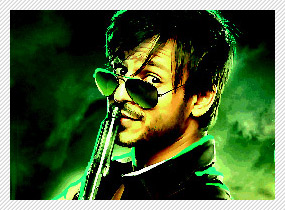 When one Google searched for the name called 'Vivek Oberoi' a few years back, the terms that we got were 'Emerging Superstar', 'This Oberoi Towers', et al. circa 2013, the very name has now started spelling doom at the box-office! Vivek's last release Kismet Love Paisa Dilli, despite having very suggestive initials KLPD failed to suggest the audience to come to the theatres.


Vivek's latest release Jayanta Bhai Ki Luv Story had everything that was required to make a good product. But still, this film failed to make a cut at the B-O windows. The figures of the film at the ticket windows are much thinner and slimmer than the film's heroine Neha Sharma's waist. The film JUST about managed to gather around a poor 2-2.5 crores over the weekend.


When Bollywood Hungama spoke to a couple of distributors who have burnt their hands with this film, they tried to decode the reason behind the film's loss. Guru Shenoy, who handles the Mumbai circuit opined, "Jayanta Bhai...was a wrong release. With last week's films like Special 26 and ABCD also doing well, this film just didn't stand a chance. The promos looked interesting but Vivek doesn't have the draw any more to pull off a solo lead film".


Meanwhile, Manoharlal Sharma from Punjab, was very forthcoming in his opinion about the film's dismal performance. He said, "It was we who had released KLPD, which made around Rs. 6, 26,000 during the weekend, whereas Jayanta Bhai... had very pathetic collections of Rs. 2, 10,000 ONLY. The film is a total washout from the word go. The 'Brand' called Vivek today has lost himself totally, as compared to his heydays. One has to face the fact that the public has started disliking him because of the choice of films. If a film like Jayanta Bhai..., despite having the master filmmakers like Tips, doubled with the right amount of promotions and marketing, doesn't do well at the box-office, then, it really means some serious thinking on Vivek's part.


Meanwhile, an industry insider, who follows stars and their BO status, told us (on the condition of anonymity) that the real reason for the film's failure can be credited to the following reasons: shortage of screen space, extremely poor show timings, pathetic openings all over... to say the least. He signs off saying one just hopes that Vivek's forthcoming films (Zila Ghaziabad, Krrish 3 and Grand Masti) manage to hit gold on the silver screens; else 'Brand Vivek' will get transformed into 'Bland Vivek'!


With Vivek's solo releases failing to full audiences to the cinemas, what should be his new business strategy? Should Vivek completely stop doing solo films and be part of big multi-starrers only? Will doing strong character roles in big banner films help the actor to come back in action? Share your opinion with us in the comments section below.