Priya Prakash Varrier is gearing up for the release of Sridevi Bungalow which is currently facing issues owing to its uncanny resemblance to the demise of one of the most popular Bollywood actress Sridevi. But her last film Oru Adaar Love continues to be in news. After all, the film made Priya an overnight sensation as the ‘wink girl’. And now the film has returned to make news owing to a kiss scene with Roshan Abdul Rauf. 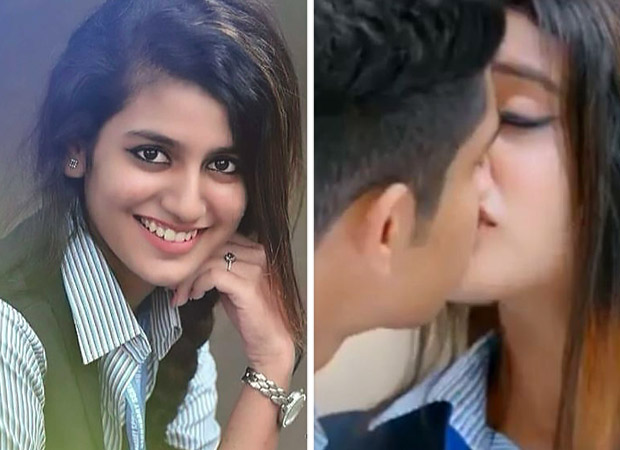 Oru Adaar Love was supposed to be a coming off age romantic film set against the backdrop of school days. Priya Prakash Varrier, who played one of the leads in the film, was seen lip locking with her co-star Roshan Abdul Rauf and the short kiss video has suddenly gained popularity on YouTube. Furthermore, now the scene has become viral across right before Valentine’s Day.

Interestingly, it was last Valentine’s Day when Priya Prakash Varrier turned into an internet sensation owing to her wink scene in the song, ‘Manikya Malaraya Poovi’. Soon, the song too caught into a major controversy with some claiming that the track was offensive to Muslims. However, soon the plea got dismissed and the film released.

Also, Oru Adaar Love, directed by Omar Lulu, is now expected to be dubbed in Telugu and Kannada after tasting success in Mollywood.

Also, yet another intriguing fact is that Priya Prakash Varrier may have moved on to her next project but she recently also did a photoshoot with Roshan. The two of them were seen together doing some intense poses and recreating their Oru Adaar Love chemistry on Instagram recently.

Also Read: Priya Prakash Varrier has a fangirl moment again and this time it is not with Ranveer Singh or Vicky Kaushal but Malayalam superstar Mohanlal