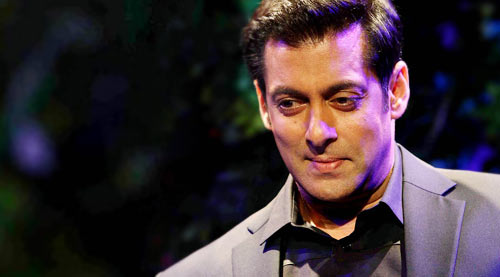 Stardom comes with its own share of pros and cons. When a superstar like Salman Khan gets in a tiff with the paparazzi it is surely the breaking news of the day. During the launch of the song 'Party With The Devil', a song from his recent superhit Kick, Salman who is known for his late arrivals, once again arrived hours after the said time. Adding to the woes of the journalists and photographers present there, the actor even refused to pose for the lensmen which left them miffed. In a fit of rage, Salman Khan even showed the door to photographers stating if they are not interested, they can leave. And that was the beginning of this battle! Sides were taken, blame games were on a rise but the photographers ban on Salman Khan continued.


While the photographers refused to budge from their decision, Salman Khan too was quite unapologetic and indifferent towards the drama. In fact, the actor took to Twitter asking the paparazzi to stick to their decision. As the promotions of Kick came to an end and Salman Khan's next release being miles away, neither the superstar nor the photographers made any attempts to deal with the issue.


Now with the most controversial show on television Bigg Boss entering its eighth season and Salman Khan once again hosting it, it is to be seen if the photographers still stand by their decision. The launch of this new season of Bigg Boss is happening today with much grandeur and if the photographers really give it a skip, they will be losing out on a lot more content beyond coverage of the superstar.


The ban in question was imposed in July, a few days before the film's release during Eid. Though the adage 'time is the best healer' is followed often in Bollywood, we wonder if the photographers will let bygones be bygones. Moreover, in the past couple of months, Salman Khan too has not interacted about or shown any interest towards the matter.


Being fans of Salman Khan, tell us if you really think that this fight between miffed photographers and Sallu deserves to end during the launch of Bigg Boss? As they say with a new show, let's start a new chapter!