Last Updated 30.11.2021 | 9:53 PM IST
feedback language
follow us on
Bollywood Hungama » News » Bollywood Features News » Why Avinash Arun’s Killa is as beautiful as Disney’s Inside Out 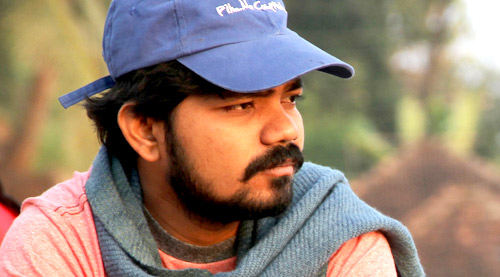 In Disney's new highly-acclaimed animation film Inside Out, an 11-year old girl is disoriented and unhappy when she had to relocate from Minnesota to San Francisco.


In debutant director Avinash Arun's Marathi film Killa, an 11-year old boy is disturbed, distraught and disenchanted when his mother relocates from the citified bustle of Pune to the Konkan rural scape where quietude is a compelling way to look inwards.


Both the highly-acclaimed films tend to loop the mind of an 11-year old into a spindle of self-introspection when displaced from a large city into relative wilderness.


The director Peter Docter says Inside Out is based on his own problematic relationship with his daughter. Likewise Avinash Arun has delved deep into his own psyche to mine memories of a displaced childhood. His is a parable of a childhood lost in translation when a boy barely into his teens is persuaded to question his identity.


Excited by the amazing reviews, Raja Sen has called a "beautiful beautiful film"-young Avinash Arun confesses that the film takes him back to his own childhood. "Many of the incidents in my protagonist Chinmay's life are from my own childhood. Like him, I was uprooted from my home and had to find my bearings from scratch in a new place."


Avinash says he allowed the amazing cast of youngsters including Archit Deodhar as the lead, to do their own thing. "You can't make children 'act'. They have to remain their natural self while remaining true to the character. I'd ask Archit, Parth Bhalero and the other kids to show me how a scene should be done. 'Is this how you would behave in this situation?' I'd ask them when they enacted their scenes. I wanted the children to behave like children."


Interestingly, Avinash's next film is also going to have children as central characters. "Right now, that is the story I see in my mind. But it's a completely different world from Killa. My next film is about the expectations that adults thrust on children."


Avinash says whatever he directs in the future will always have the 5 elements of nature at its core. "I feel I am very close to my surroundings. Cinema to me is a tool to express that proximity with Nature."


At the moment he is overwhelmed by all the attention that Killa is getting. "I never expected it would be received in this way. Marathi cinema has gone through a transition. There was a time when Marathi cinema was closely affiliated to theatre. Filmmaking in Marathi had a lot of theatrical elements in it. During the past few years, Marathi cinema has searched and found a filmmaking content and style taken from the socio-political milieu. I guess my film is a beneficiary of that movement," says Avinash who is also an exquisite cinematographer.


He has shot not only his own film but also Nishikant Kamat's Ajay Devgn starrer Drishyam.


"I never expected Killa to go this far. I told the story I wanted to. I never thought of how the audience would take to it. To be honest, it's all very overwhelming," says the brilliant young director.