From the announcement of a reunion between Priyanka Chopra and Salman Khan to the latter’s exit, let us say it has been one helluva of a ride for the superstar and Bharat. With much fanfare, Ali Abbas Zafar was thrilled to announce about Priyanka being a part of his remake of Ode To My Father on social media. However, a few days before the shoot, he had to take to the same platform to dishearteningly share the news of the actress’ exit. Followed by that, speculations brewed further that Salman was upset with Priyanka for ditching at the last moment. But is he really upset? Well, he recently answered the question in recent reports. 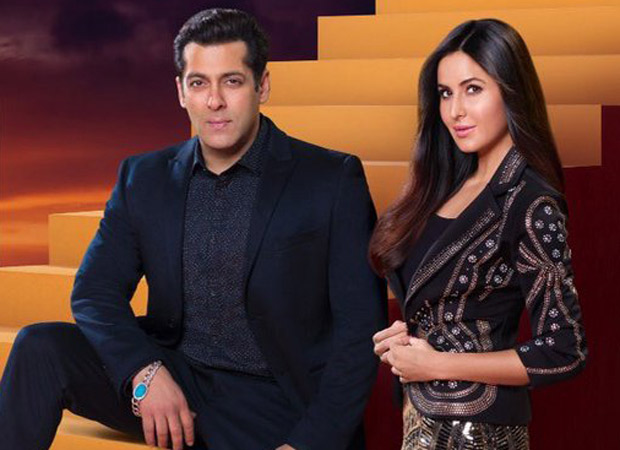 Whoa! Salman Khan REVEALS that Katrina Kaif was the original choice for the film

Salman Khan, according to reports, spoke about the topic of Priyanka Chopra quitting Bharat stating that she had informed the makers of it five days before the shoot was to begin. While the superstar in all his sarcastic humour called the actress’s gesture to be ‘sweet’, he further asserted that he is indeed happy for her. On the other hand, he made another revelation about sharing screen space with his favourite leading lady, Katrina Kaif.

Just last year, we had Salman Khan and Katrina Kaif taking the theatres by a storm with their much successful sequel to Ek Tha Tiger, Tiger Zinda Hai. Considering how their chemistry works, it seems that Atul Agnihotri [the producer of Bharat] was keen on casting Katrina Kaif and she was his first choice. However, when Priyanka Chopra expressed her interest to take up Bharat to Ali Abbas Zafar, she was got on board. But as they say, nobody can change fate and the film eventually landed on Katrina’s lap.

Speaking of Priyanka Chopra’s exit from the film, readers may be aware that the vague announcement made by Ali Abbas Zafar on Twitter fueled up rumours that the actress quit the film because of her engagement with Nick Jonas. While the last bit of the speculations did turn out to be true, the reason why the actress walked out of the project is touted to be because she had signed a major Hollywood project starring Guardians Of The Galaxy and Avengers: Infinity War star Chris Pratt, titled Cowboy Ninja Viking.

On the other hand, despite constant assuring and reassuring in his statements that he isn’t angry at Priyanka Chopra, the recent press conference of Bigg Boss said otherwise. The same which was held in Goa was a short interaction where Salman answered some questions by the media. During the same, when it was announced that a surprise is in store for everyone, one of the journalists questioned if Priyanka was around. To the same, Salman Khan responded, “Nahi nahi Priyanka nahi jaa rahi hai andhar... [no no Priyanka is not going inside] because she got engaged.. you guys know that right?”

When the surprise turned out to be comedian Bharti Singh and her writer husband Haarsh Limbachiyaa, who were one of the contestants of Bigg Boss 12, the actor further took a dig at Priyanka yet again. He said, “Waise hi Priyanka Bharat nahi kar rahi hai... lekin Bharat bhi hai aur Bharati bhi." [By the way, Priyanka is not doing Bharat yet we have Bharat and now Bharti too]

But as quickly as the announcement was made, another piece of news followed, wherein the film was postponed indefinitely. Knowing how generous hearted Salman Khan is, the actor however, wished all happiness for the actress in recent reports and also added that he hopes the film [with Chris Pratt] takes off soon.