Last Updated 30.09.2022 | 5:49 PM IST
feedback language
follow us on
Bollywood Hungama » News » Bollywood Features News » “Whenever we are together on screen, we kill it,” says Shivangi Khedkar on working with co-star Sai Ketan Rao on their upcoming song ‘Ishq Ho Jayega’

Sai Ketan Rao and Shivangi Khedkar are all set to spread the wings of love this season with their upcoming romantic track ‘Ishq Ho Jayega’. As the first look of the poster dropped in fans went frenzy to watch their favourite duo once again romancing each other on screens. When asked about their duo Shivangi said, “I am not going to be modest I am going to be very honest. We kill it. Whenever we come together on screen, we kill it. Of course the friendship and the comfort zone we are very comfortable with as we both know who's going to respond how to a certain action-reaction. That’s the timing that we have now and I think this is going to be forever since our career started together. We’ve seen ups and downs, we’ve faced anxiety and excitement together. The love and support of fans coming to us together. We very well know that feeling and we gel up the most because we’ve experienced maximum things together after Mehndi Hai Rachne Waali. 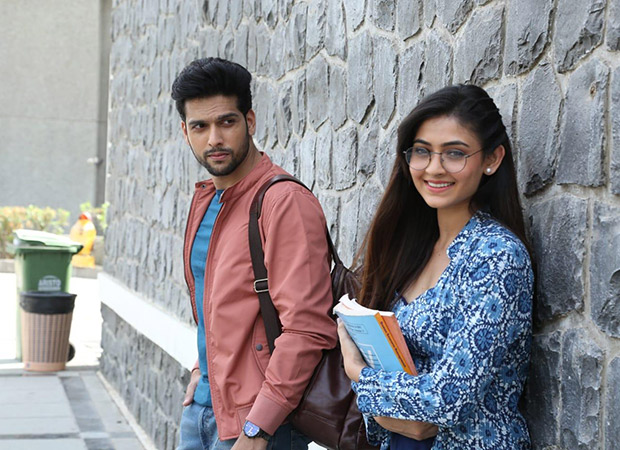 “Whenever we are together on screen, we kill it,” says Shivangi Khedkar on working with co-star Sai Ketan Rao on their upcoming song ‘Ishq Ho Jayega’

When asked about Sai producing the song Khedkar stated, “Well it was a very confusing situation because he was sending songs to all of us like which song is better which one he should go for and we were trying to help him out. And one day we were just sitting and talking and I was telling him my shoot plans for the month and he said hey in all this you’re free on 27th. I asked him what’s on the 27th he said of course we’re shooting for a song on the 27th. I was surprised as I didn’t know I was in the house but Sai said, of course, you are there and you have to block your dates for it and then he just games me all the song details. Even if otherwise if he would have asked I wouldn’t have thought twice because of course as it’s his first venture he is starting up something new and I would be honoured if I get to plan a small part or help him in any way.”

‘Ishq Ho Jayega’ features Sai Ketan Rao and Shivangi Khedkar as leads. This song marks Sai Ketan Rao’s first venture as a producer. The song is co-produced by Rupesh Jadhav, directed by Mohit Sharma, and is slated to release sooner this month.