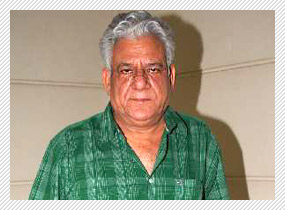 Very few actors are exceptionally generous about their colleagues' works and not afraid to show their appreciation. Om Puri who has a small part in Prakash Jha's Chakravyuh was so impressed by Arjun Rampal's performance in the film that he called up Arjun's wife Mehr Jessia to ask her about the nature of the food being served on the Rampals' dining table.


Mehr, we hear, was zapped by Om's rather personal question before she cottoned on to the seasoned actor's meaning.


When one asked Om about this unusual way of showing his appreciation for a co-actor, Om said, "I've watched Arjun's growth as an actor and I am completely bowled over by his progress. When I called Arjun, I told him I didn't want to speak to him but his wife. When she came on the line I asked her what food she serves on the table to make Arjun such a wonderful professional. One has to be happy healthy and complete in mind and body to evolve so well as an actor."


Considering Om's own rather poor record in domesticity one wonders to what we must attribute his amazing track record as an actor!


As for his own rather abbreviated role in Chakravyuh, Om retorted nonchalantly, "Doesn't matter how big or small my role is. What I like is being part of a film that is so socio-politically relevant."