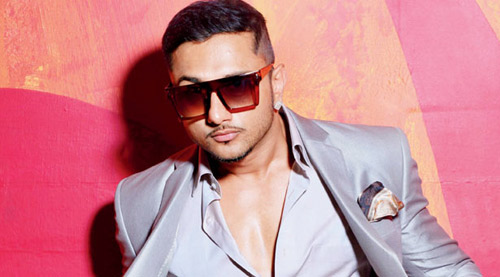 Well, well. Honey Singh is well again. I am sure his fans are happy to have the 'Rolls Royce' (his own self-description) back on the highway. Yo Yo, or Honey if you want to get intimate, had taken a two-year sabbatical, and the world presumed the worst. During this time, Yo Yo cut himself off from all his friends in the entertainment industry.

Now, he emerges, hopefully stronger and with a career to look forward to. On his 33rd birthday this week, Yo Yo came out with the real reason why he was missing in action. He said he was suffering from alcoholism and a bipolar disorder. The confession must have stunned his fans, admirers and even the dissenters.

That it comes just when Yo Yo Honey Singh is ready to come back in his movie-star avatar seems rather strange. If we didn't know better, this very serious psychological disorder would almost seem like a part of the publicity campaign for his film Zorawar. This would be a gross trivialization of what Yo Yo has suffered. But then, he is to blame for creating a perception where the confession emerges two days after the release of his trailer.

It is admirable that celebrities are coming out in the open with their psychological aberrations. We had Deepika Padukone taking a public stance on her depression. Just last week, we had starlet Shama Sikandar confessing that she suffered from bipolar disorder. And now Yo Yo Honey Singh...

Though we fully endorse his stand of coming clean on his illness, we cannot understand why he had to speak about something so personal at a time when he is very clearly reconstructing his career piece by piece.

Shouldn't he have saved up his most precious secret for another occasion?