Hollywood actor Brendan Fraser broke into tears after his film The Whale received a six-minute standing ovation at the Venice Film Festival 2022. The film premiered at the festival which also stars Stranger Things actress Sadie Sink. 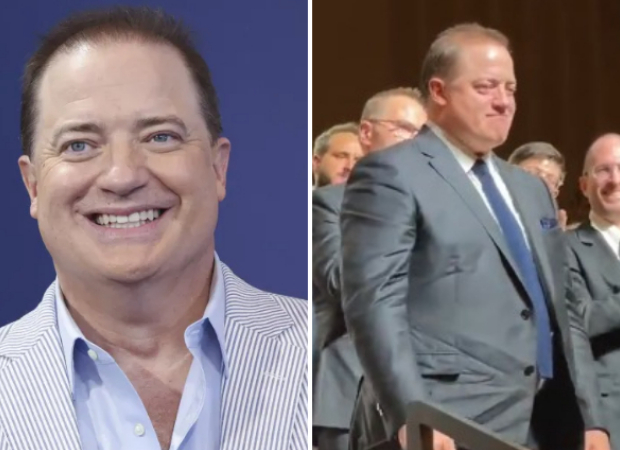 The Whale: Brendan Fraser gets emotional after his film receives a 6-minute-long standing ovation at the Venice Film Festival 2022

According to Variety, when the credits rolled on the Darren Aronofsky drama, in which Fraser plays a 600-pound gay man confined to a wheelchair, the actor was overcome with emotion. Fraser sobbed throughout the six-minute standing ovation. Among those spotted inside the Sala Grande Theatre were Phoebe Waller-Bridge, Nick Kroll and Hillary Clinton staffer Huma Abedin, who was seated a few rows behind Fraser and shed as many tears as he did.

The standing ovation for #TheWhale was so enthusiastic, Brendan Fraser tried to leave the theater but the crowd’s applause made him stay. #Venezia79 pic.twitter.com/ZZ0vbFX7Rl

Brendan Fraser stars as a 600-pound gay man and English teacher confined to a wheelchair in the drama. The film follows his journey to connect with his 17-year-old daughter, played by Sadie Sink and focuses on the transformation of the fractured father-daughter relationship. Based on the stage play by Samuel D. Hunter, The Whale will be released by A24. The supporting cast also includes Hong Chau, Samantha Morton and Ty Simpkins.

As the report shares, Fraser wore a prosthetic suit that added around 50 to 300 pounds given the scene and the actor spent as much as six hours in the makeup chair each day to fully transform into the character. As noted by The Wrap publication, Fraser will receive the TIFF Tribute Award for Performance at the 2022 Toronto International Film Festival. The actor is set to attend the film’s North American premiere and will accept the accolade at an in-person gala fundraiser that will take place on Sunday, September 11 at the Fairmont Royal York Hotel.