Actress Priyanka Chopra Jonas is currently receiving praises from all across for her performance in Netflix's The White Tiger which stars Rajkummar Rao and breakout star Adarsh Gourav. Doing the US promo interviews for the film, the actress received appeared on The Late Show With Stephen Colbert a few days after Joe Biden and Kamala Harris were sworn in as President and Vice President of The United States Of America. 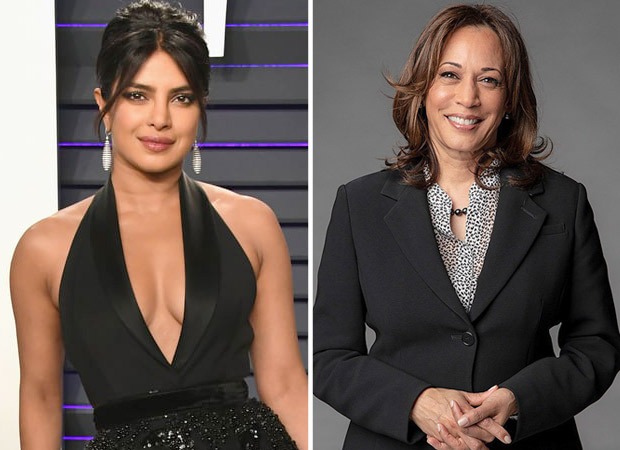 During the conversation via video call, Stephen asked Priyanka, "As a South Asian woman yourself, what did it mean to you, to see the new vice president to be the first female, first South Asian, first African American Vice President?"

Priyanka responded, "Couple of things, it was such an emotional moment for a lot of my friends and family but coming from a country like India which has seen several women in governance, whether it is President, Prime Minister...You know, welcome to the club, America. That's what I'll say. High time, I hope this isn't the first (last). I hope there are many, many because this is what governance should look like. Leadership looks amazing especially when it is diverse and reflective of what the world really looks like."

Earlier in January, Priyanka had shared Vogue cover of Kamala Harris and wrote, "After watching the horror of how things unfolded this week on Capitol Hill in Washington DC, it’s promising that in just 10 days America will be inherited by such a positive example of leadership. A WOMAN! A WOMAN OF COLOR! AN INDIAN WOMAN! A BLACK WOMAN! A WOMAN WHOSE PARENTS WERE BORN OUTSIDE THE US! And could there be anything more special, as the VP Elect put it, than the fact that little girls will only know a world where a woman is the Vice President of the US. Coming from India, a country (like many others around the world) that has had several female leaders, it’s hard to believe that this is the US’ first! But it surely won’t be the last!"

The White Tiger is receiving critical acclaim and getting award show buzz.

ALSO READ: Nick Jonas feels that Priyanka Chopra Jonas might be the first Jonas to win an Oscar