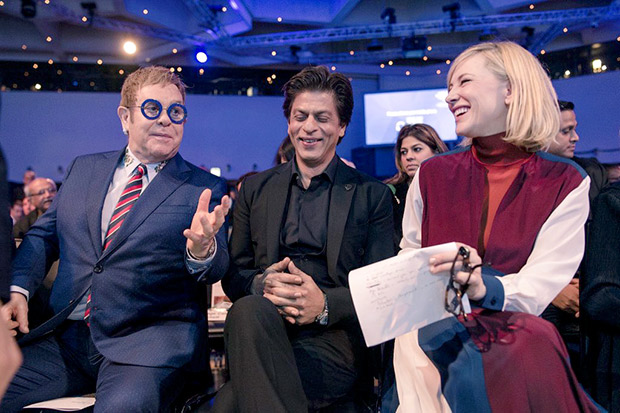 Shah Rukh Khan was honoured at the 24th Annual Crystal Awards — as a part of the World Economic Forum’s 48th Annual Meeting on January 22 in Davos. The actor felicitated for his work towards championing children’s and women’s rights in India. 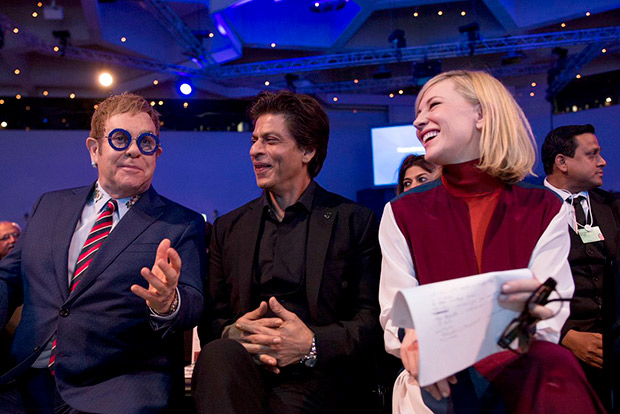 Shah Rukh Khan was awarded the prestigious honour alongside Hollywood stars Elton John and Cate Blanchett at the World Economic Forum’s official ceremony. When the ceremony commenced, SRK was seen chatting and bonding with Sir Elton John. He was also seen sharing a laugh with Cate Blanchett as all three of them waited for their turns to receive their awards. 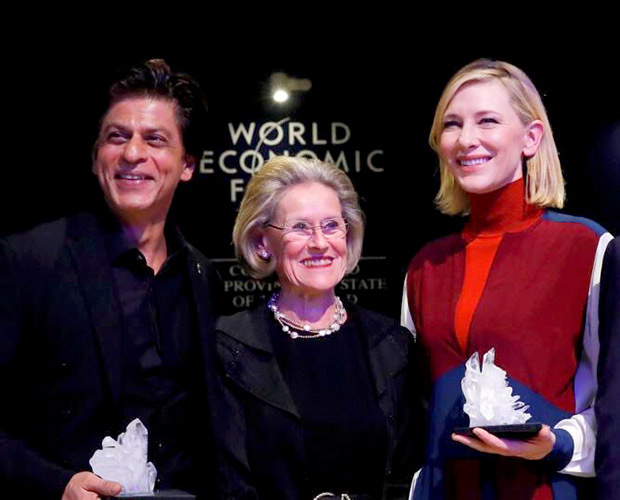 On Monday, SRK was at his wittiest best when he went on stage to receive his award. He asked Cate Blanchett for a selfie publicly and quipped that this would probably embarrass his children. He said, "It is indeed a privilege to be in the company of two phenomenal and extraordinary human beings and talent- Cate Blanchett and Sir Elton John. She's, of course, the lady who commands the wind and you sir, command the songs of billion hearts including mine. I am really touched that I have been chosen between these two." 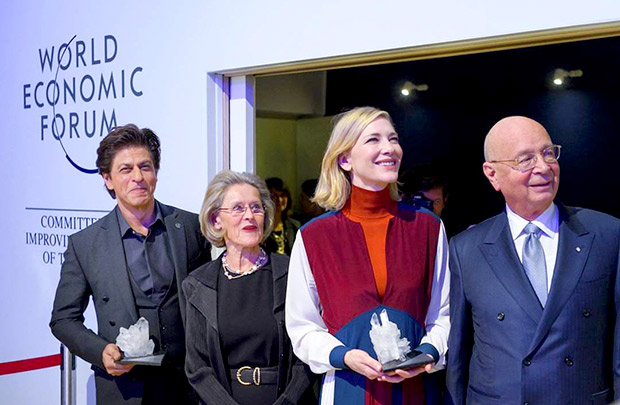 SRK then quipped, "Just a special request, Can I do a selfie? Now, there I have embarrassed my children." 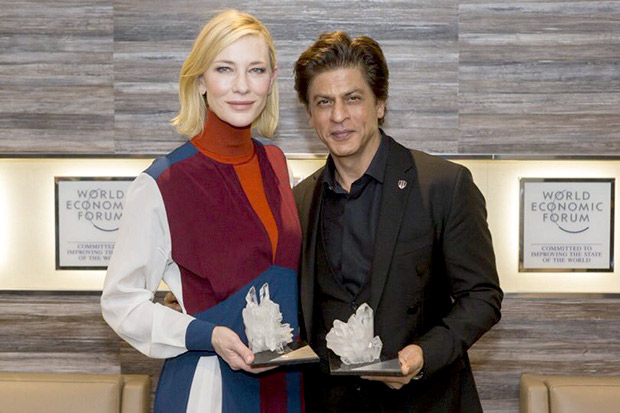 Shah Rukh Khan was awarded the Crystal Award for his philanthropic work. The actor is the founder of the nonprofit Meer Foundation, which provides support to female victims of acid attacks and major burn injuries through medical treatment, legal aid, vocational training, rehabilitation and livelihood support. He has also been responsible for the creation of specialized children’s hospital wards and has supported childcare centers with free boarding for children undergoing cancer treatment. 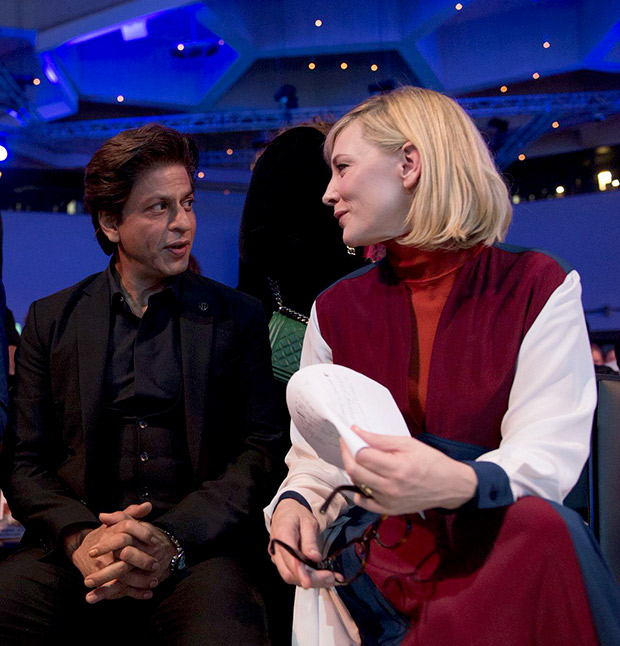 On the work front, Shah Rukh Khan will soon return to Mumbai to resume shooting for Aanand L Rai’s film Zero. In the film, he is essaying the role of a dwarf. The film also stars Katrina Kaif and Anushka Sharma. It is slated to release during the Christmas 2018. 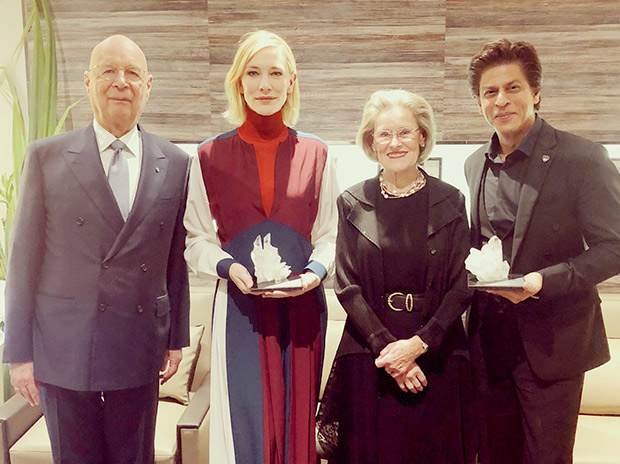