The Weeknd and Lily-Rose Depp starrer The Idol's first teaser is here and it is Hollywood's 'sleazy love story'. Co-created by Euphoria creator Sam Levinson, The Weeknd, real name Abel Tesfaye, has co-written the project. The first teaser also marks the international debut of K-pop female group BLACKPINK's musician Jennie Kim who is also seen in the video. 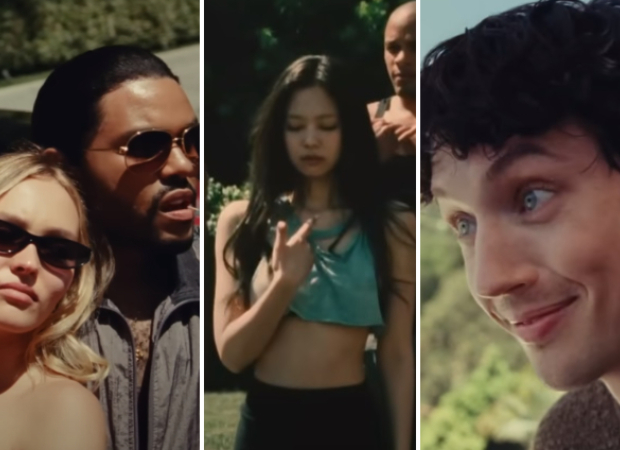 The teaser sees The Weeknd starring in a drugs-fuelled teaser, who plays a self-help guru and leader of a modern-day cult who ends up in a complicated relationship with an up-and-coming pop idol, played by Lily-Rose Depp. You see Troye Sivan, BLACKPINK's Jennie, and more in the teaser. There's drugs, sex, and a lot more drama.

"When the multi-talented Abel 'the Weeknd' Tesfaye, Reza Fahim, and Sam Levinson brought us The Idol, it was clear their subversive, revelatory take on the cult of the music industry was unlike anything HBO had ever done before," Francesca Orsi, executive vice president of HBO programming, said in a previous statement, as per Entertainment Weekly.

The Idol was first announced last June when it was reported that HBO was developing a show which features The Weeknd as co-writer and executive producer, along with his producing partner Reza Fahim and Euphoria creator Sam Levinson. Kevin Turen, Aaron Gilbert for Bron, Ashley Levinson, Nick Hall, Sara E. White and A24 also serve as executive producers. Set in the world of the music industry in Los Angeles, the drama follows a self-help guru and leader of a modern-day cult who develops a complicated relationship with an up-and-coming pop singer. In November, HBO ordered The Idol to series.

Suzanna Son, Troye Sivan, Lily-Rose Depp, and Steve Zissis were all cast as series regulars, while Melanie Liburd, Tunde Adebimpe, Elizabeth Berkley Lauren, Nico Hiraga, and Anne Heche were set to recur. Joe Epstein was tapped as the showrunner, with executive producer Amy Seimetz who has directed all six episodes. Epstein and Seimetz are also attached to executive produce.

ALSO READ: The Weeknd and Sam Levinson’s HBO series The Idol to “adjust” cast and crew following a shift in creative direction