The glorious resume of the B-townies entails frequent globetrotting, whether it’s for filming or those leisurely R&R sojourns. Living their life out of a suitcase - one that consists of all things snazzy, these celebs have mastered the rare knack of blending style with comfort. While we may not be regular jet zoomers like them, it certainly is inspiring to pull off a celeb look or create a signature look by studying the celebs closely. With summer at its peak, breezy styles are quite sought after. Giving us an ample glimpse into the seasonal trends and classic styles, effortless travel styles of the tinsel town celebs are carefully curated by fashion stylists. The weekly celeb airport style report had Alia Bhatt and Malaika Arora going for stripes, Varun Dhawan opting for the infallible black, Priyanka Chopra, Shahid Kapoor and Hrithik Roshan chose the summer staple white, Shah Rukh Khan in grey and Kriti Sanon getting into the spring mood with florals.

Week after week, tinsel town celebrities and their cool travel looks are aptly accessorised too. The style takeaways from celeb airport style include a generous dose of summer wardrobe essentials like a pair of white sneakers, a dainty or a functional backpack or an enormous tote) and since its blazing sunlight everywhere, a pair of cool shades is an absolute must, the quirkier the better! Curious to know more?  Let’s roll it and see who wore what this week to the airport! 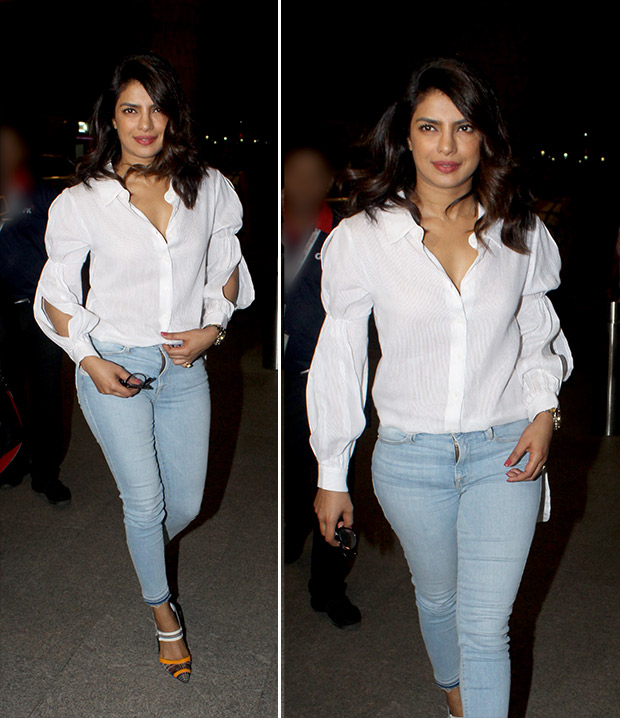 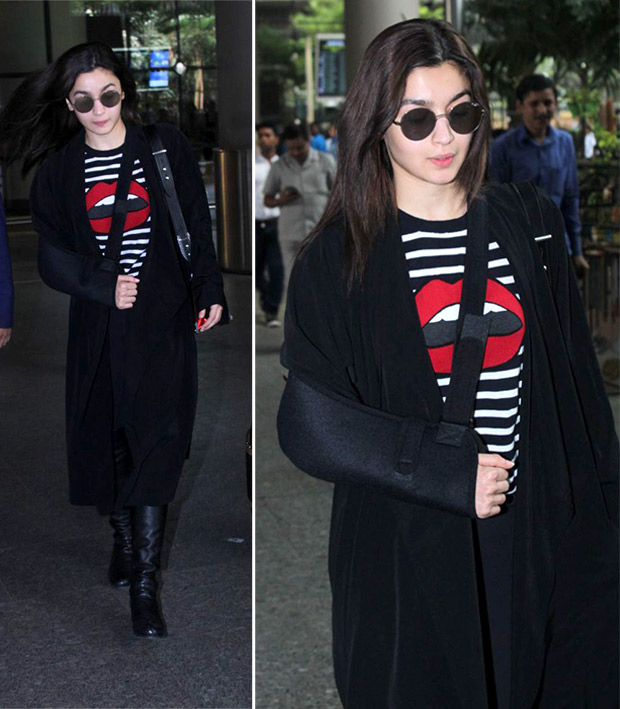 Back from Bulgaria where she wrapped up the maiden shoot for Brahmastra, Alia teamed her Markus Lupfer striped Lara Lip Jumper with fitted pants, knee-grazing black boots, long coat and reflector shades. With her hand in a sling, Alia looked effortless chic as usual. (Also Read: Neetu Singh’s bonding with Alia Bhatt is a good sign for Ranbir Kapoor) 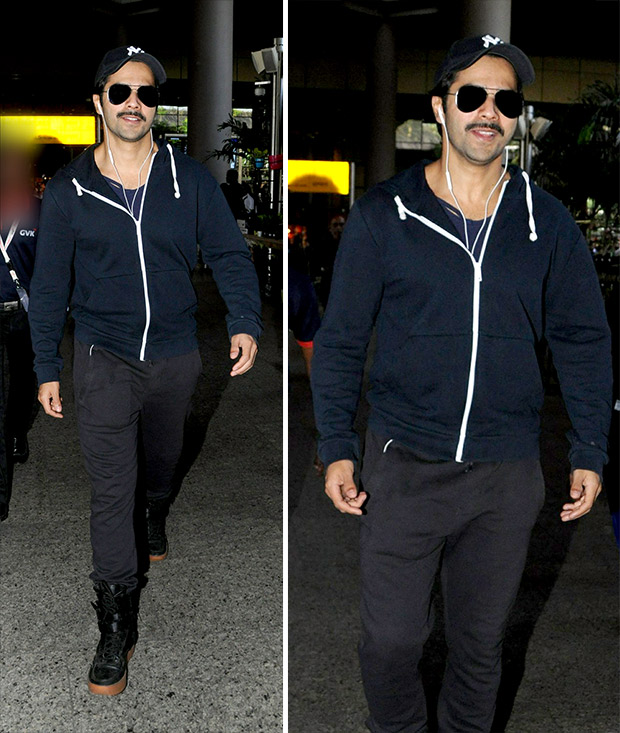 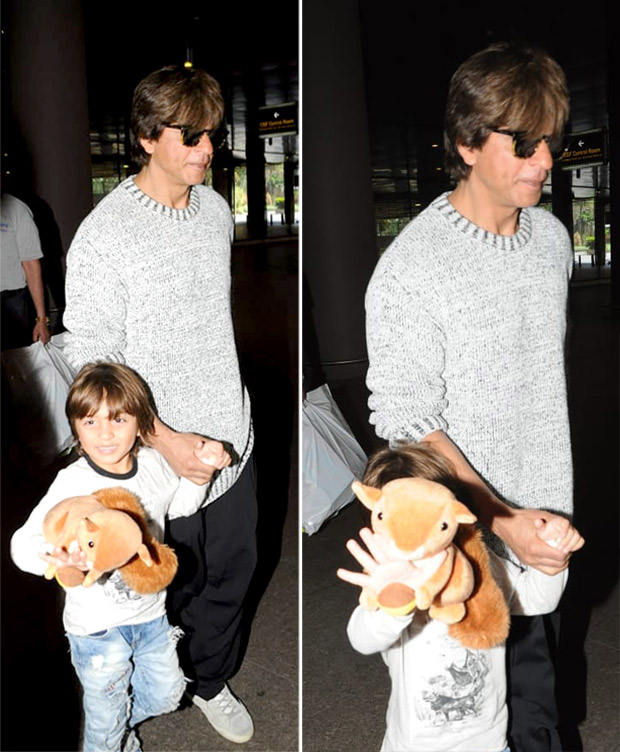 A non-fussy dresser, SRK teamed a longline grey woven tee with stripe detailing on the collar with black cargos, grey sneakers and black shades. The munchkin AbRam was his playful best and was snapped wearing distressed denim and a white tee. (Also Read: Suhana Khan is beating the summer heat in this pool picture) 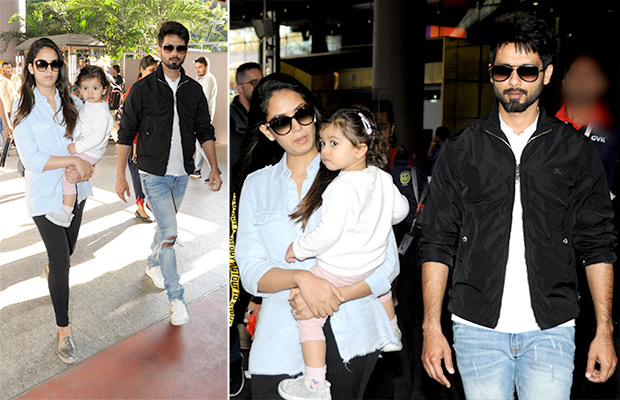 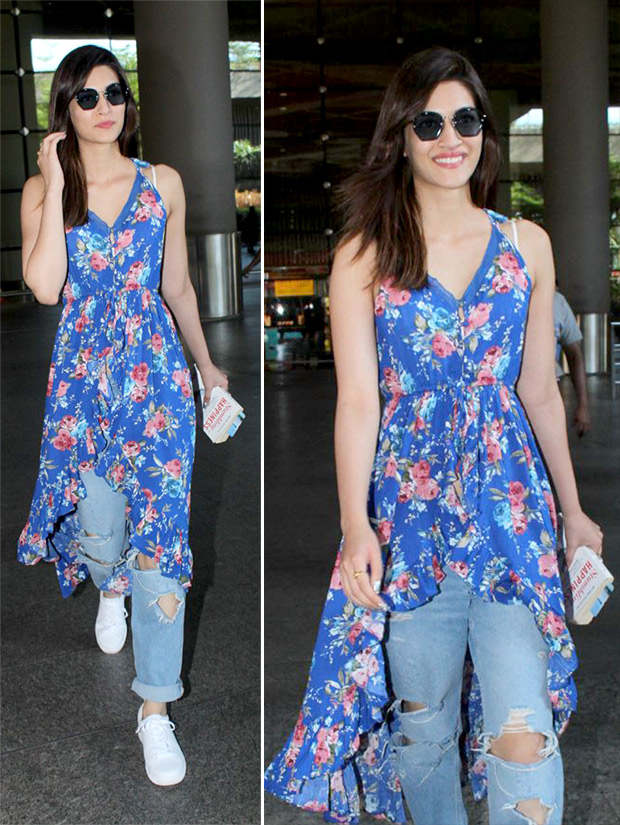 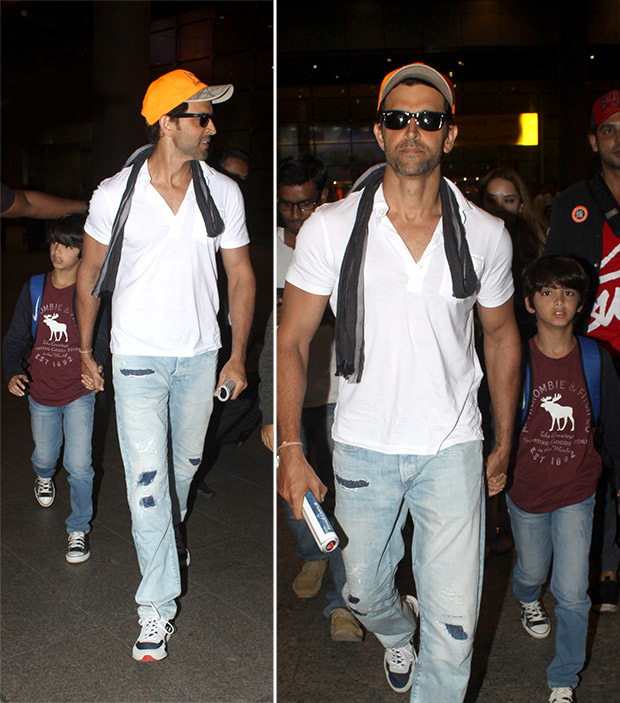 Going back to basics with a classic white tee, denim, sporty shoes and a bright orange cap was Hrithik as he walked with his family in tow. 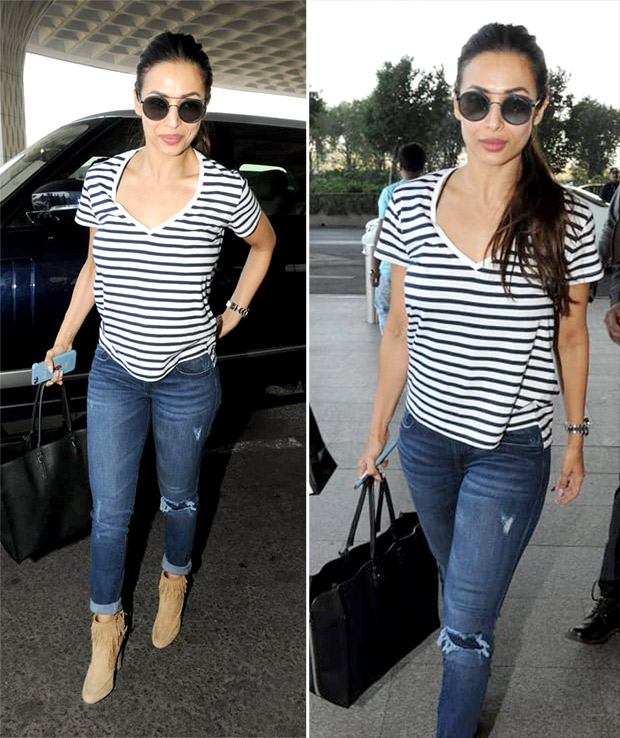 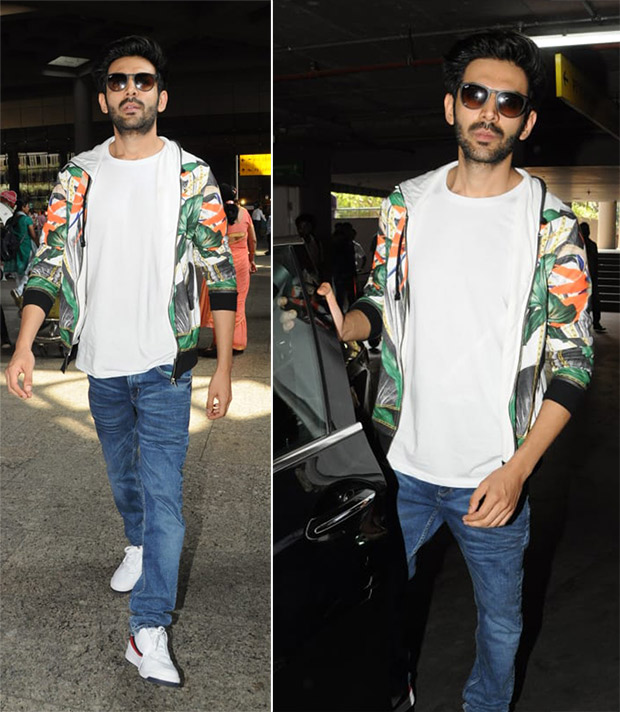 Getting into the summer mode by upping his basic white tee- denim style with a tropical printed bomber jacket, Kartik topped off the look with white sneakers and sunnies. (Also Read: Uh, nothing much! Kareena Kapoor Khan turns muse for Manish Malhotra looking GLAMOUROUS as usual but with Kartik Aaryan in tow!)