Some celebs have no qualms in calling out the much-loved thriving vibe of airport style and tagging it overrated. But as mere mortals who seek style inspirations from the beloved celebs, we love airport style. While some celebs enlist the styling precision of some of the most sought-after fashion stylists to curate their travel looks, the idea to blend comfort with the latest trends is something that only a few celebs manage to ace. The celebs who struck a chord and made a lasting impression this week included Anushka Sharma, Varun Dhawan, Shahid Kapoor, Sidharth Malhotra and Kangana Ranaut, Parineeti Chopra and Esha Gupta. The monochrome vibe has been a go-to travel companion for most celebs owing to its subtlety and unassuming fabulousness. However, this week the celebs were also snapped breaking the monochrome monotony with a dash of vibrant colours or addition of those quintessential wardrobe staples of a handbag/backpack, cap, kicks and bomber or denim jackets.

While we may not frequent the runway but why not do it a la celeb style whenever we do? In this spirit, here’s a breakdown of this week’s best-dressed airport celebs of Bollywood. 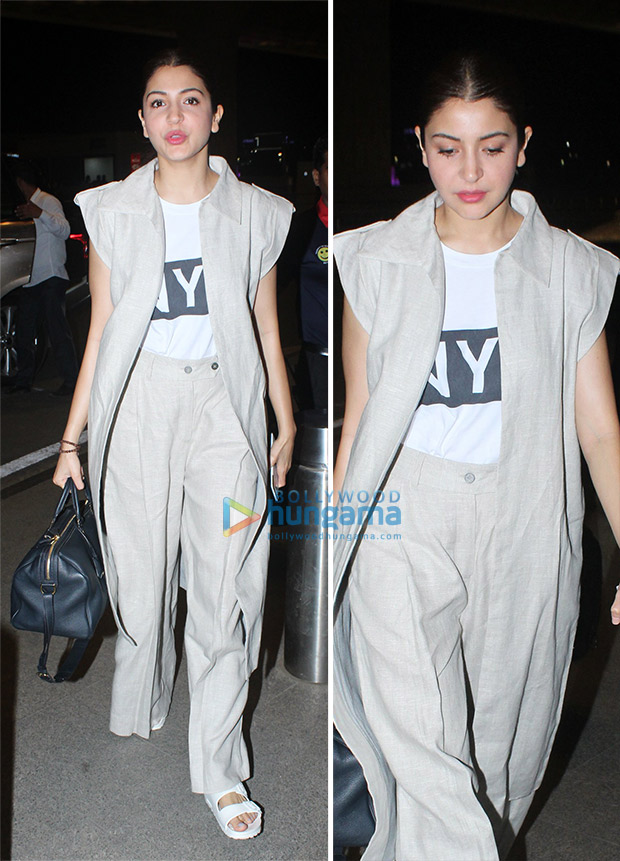 The Pari actress was snapped at the airport flaunting the summer linen suit from Chola with a basic white tee and white sliders. A black duffle bag coupled with a pulled back ponytail and a subtle makeup rounded out her look. (Also Read: Newlywed Anushka Sharma gets floral welcome from Shah Rukh Khan and Zero team) 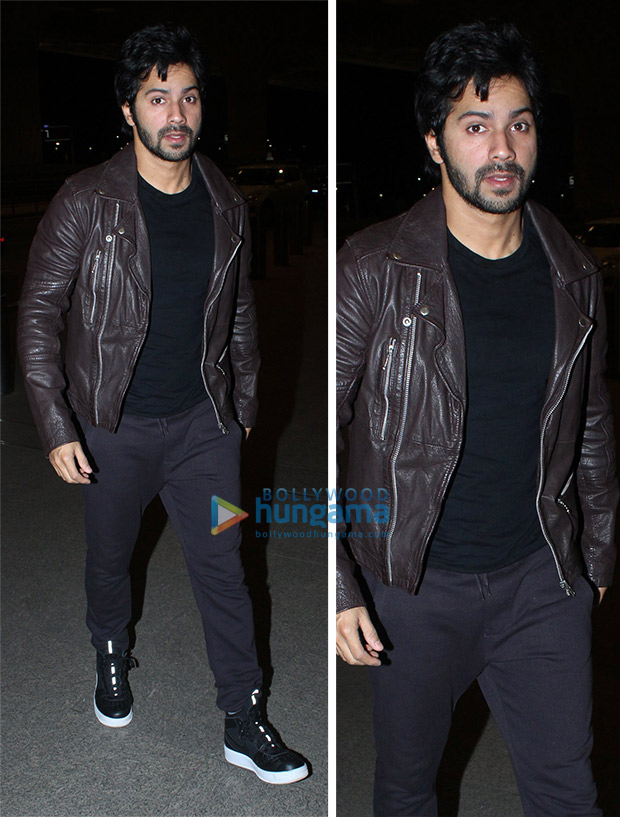 Varun Dhawan was snapped pulling up his stylish socks and acing the monochrome style just like his Sui Dhaga co-star, Anushka Sharma at the airport. Varun flaunted an all-black look of a tee, joggers and black kicks rounding it out with a brown leather jacket. (Also Read: Check out: Varun Dhawan feeds samosa to his October co-star Banita Sandhu) 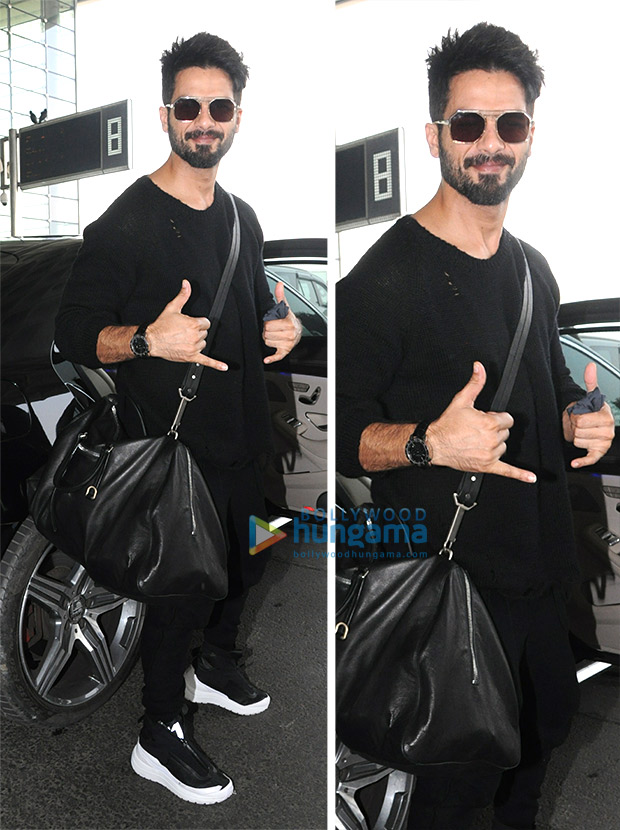 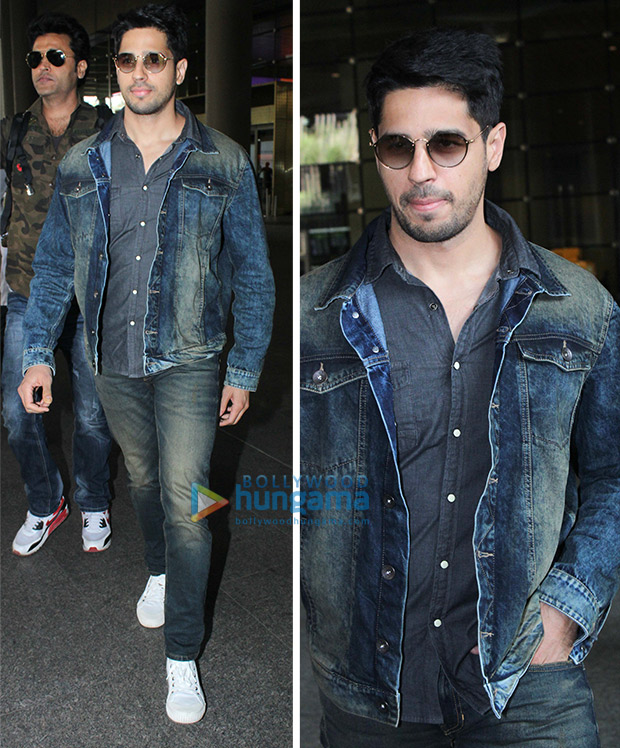 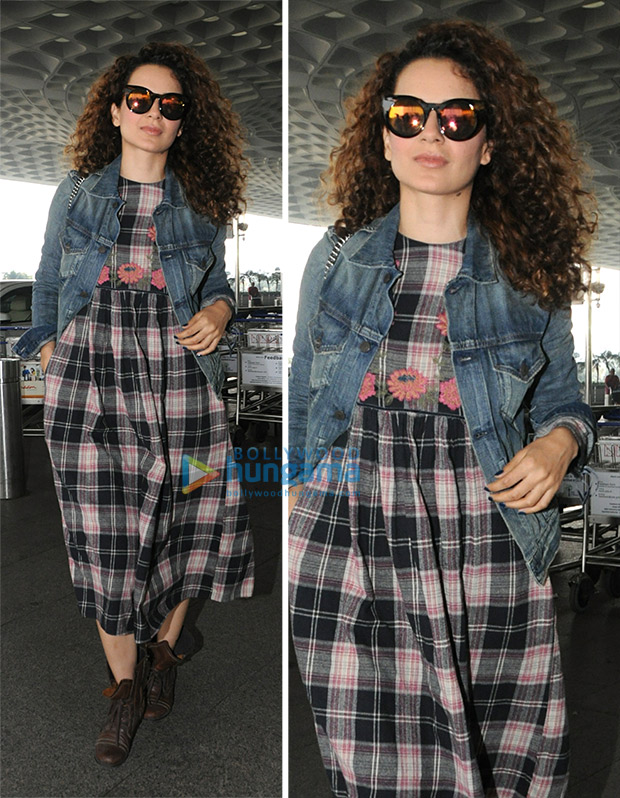 There’s only one Queen in Bollywood-Kangana Ranaut. Making heads turn with her stylish strut or unapologetic opinions, Kangana seldom disappoints, this time she was snapped in a checkered dress from Zara teamed with brown high-tops, denim jacket, reflector shades, nude lips and signature curls. (Also Read: India’s Next Superstars: After fall out rumours, Karan Johar and Kangana Ranaut hug it out!) 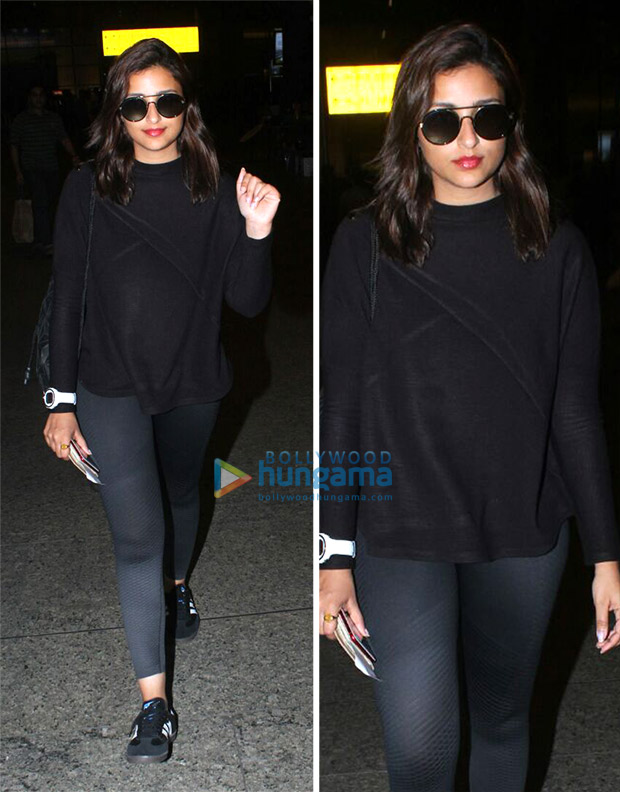 Going for the all-black look just like her peers, Parineeti’s fuss-free travel style was aptly aided with a travel staple backpack, shades and black kicks. (Also Read: Parineeti Chopra goes scuba diving in Maldives and it will make you want to go on a vacation now!!) 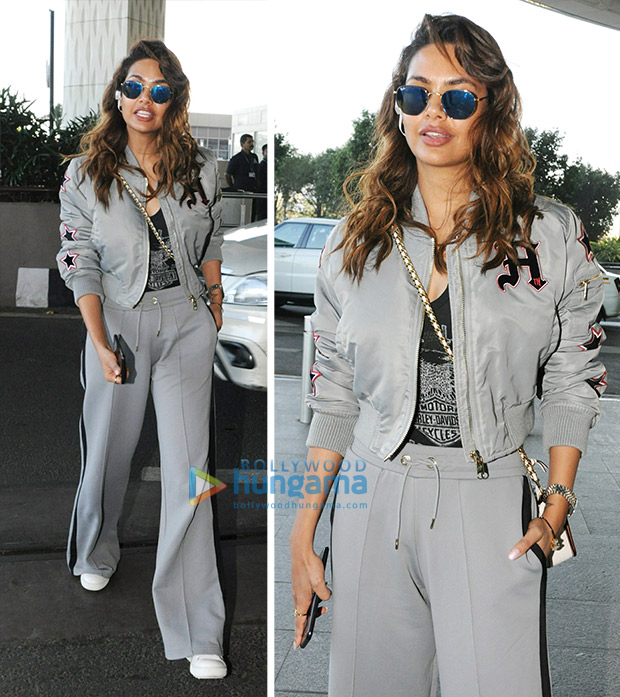 Going monochrome chic in grey separates of a jacket, wide leg trousers teamed with a fitted tee, Esha rounded out the look with white kicks, a cross-body sling bag and blue reflector shades.

Wow! So many looks, so many choices! If you haven’t already, we suggest you bookmark your favourite look, emulate it as your next celeb style airport look and make heads turn! Until then, stay tuned for more such snazzy updates and stay stylish!