Last Updated 27.01.2023 | 4:51 PM IST
feedback language
follow us on
Bollywood Hungama » News » Bollywood Features News » “We are selling the recipe of a fukra to the audiences” – Ritesh Sidhwani 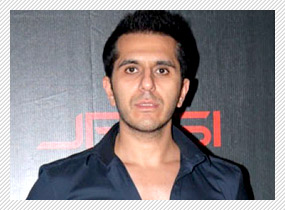 Even though the face of Ritesh Sidhwani is less omnivorous than his name, the repertoire of his works speaks volumes. He is somebody who has a keen knack of identifying the names of tomorrow. The results of which can be seen in his offerings to Bollywood in the form of films like Dil Chahta Hai, Lakshya, Don, Don 2, Zindagi Na Milegi, Talaash etcâ€¦ The good news is that he is back with Fukrey, a spunky film that knitted with the thread of youth. And in a first of its kind in Bollywood, Fukrey is a film that has invested in a jingle, even before the film's music is released!


Satish Sundaresan of Bollywood Hungama caught up with the man himself and unearthed the reasons behind the jingle, and also a sneak peak at the film's promotional strategies.


Ritesh, to start with, whose idea was it to come up with the jingle?

It was a joint decision by the whole team. When we started brainstorming on ideas, the thought of having a jingle hits us. This was an idea that was instantly liked by all.


Who are the people (read 'credits') behind the jingle?

While the jingle has been composed by Ram Sampath, its lyrics have been penned by Vipul Vig.


Is this jingle only for the film's promotional use or will this find a place in the film?

This jingle will figure in the title track of the film, which will be integrated in the beginning of the film. This jingle will be used in the film when the credits are being shown, even though the 'antara' of the track will be the same. Through this jingle, we are attempting to sell the 'recipe' of a 'fukra' to the audiences!


Reports had it that you were even contemplating on changing the title of the film. What's the status of the name now?

There was a struggle initially to establish the title. But when we saw that the term 'Fukrey' is something that's getting talked about, we thought that we might as well explain the term's meaning and encash on it as well! And the title 'Fukrey' itself has lots of spunk and charm in it. The fact that many people do not know what it means; really becomes a mystery for one and all! That's where the whole idea of creating a jingle to the title originated from! The basic idea was to establish a pre- cursor to the trailer of the film to establish the title track.

Any special plan/s that are being planned out for the film's trailer launch?

Yes. It's a huge surprise that you will get to know at the time of the launch. Let me also add that we will be having the trailer launch of the film keeping in tune with the spirit of the film. All that I can tell you is that the film's trailer launch as well as the music launch will be done in two different ways!

What are the other plans of marketing and promotions that you have decided for the film?

Right now, we are only concentrating on the film's trailer launch, which will be followed by the music launch. We will have to see the way the film builds up, accordingly we will be strategizing the film's marketing and promotion plans.


Is it true that you guys (Excel Films) are planning to spend around Rs. 5-6 crore Fukrey's promotions, which is almost as much as you spent for marketing Zindagi Na Milegi Dobara?

Honestly speaking, even though I can't reveal the figures, all that I can tell you is that it's going to be more of what we had spent on the film promotions of ZNMD. The reason being, when ZNMD was made, the rates were different. Today, with the advent of many channels, we will have to advertise more. All that I can tell you right now is that Fukrey's promotions will be done on a really large scale. We will really be aggressive in terms of the film's advertising and marketing.


Fukrey is your only release this year. What are your expectations from the same?

As you rightly pointed out, Fukrey's our only release this year. That's why we will be putting all our energies onto this film. We will be leaving no stone unturned to make this film one of the films that will be remembered for times to come. Fukrey is more of an earthy and mass oriented film from the stable of Excel. All of the strategies have been devised totally with the help of 'out of the box' thinking (smiles). All that I can say is that I just want every single person to watch the film and enjoy it, as the aspirational value of the film is very high!


Lastly, with Kai Po Che, Sushant Singh Rajput became Bollywood's latest 'it' boy. Do you feel the same for Pulkit; considering even he has some really plum projects under his sleeve right now?

I definitely think that Pulkit is a talent to watch out for. Let me assure you that, when you see him on screen, it's very difficult to take your eyes off him! Such is his screen presence! Mark my words; he is one of the names to watch out for in Bollywood.