Last Updated 29.11.2021 | 2:48 PM IST
feedback language
follow us on
Bollywood Hungama » News » Bollywood Features News » “Only way outsiders in Bollywood can survive is by getting the love of people,” says Siddhant Chaturvedi

Siddhant Chaturvedi made a huge mark with his acting skills in Zoya Akhtar’s Gully Boy in which he played the role of the rapper MC Sher. The unanimous acclaim landed him a lead role in Yash Raj Films’ Bunty Aur Babli 2 in which he plays the new Bunty Siddhant opens up about nepotism and the herculean struggle that outsiders like him have to go through to make a mark in Bollywood. 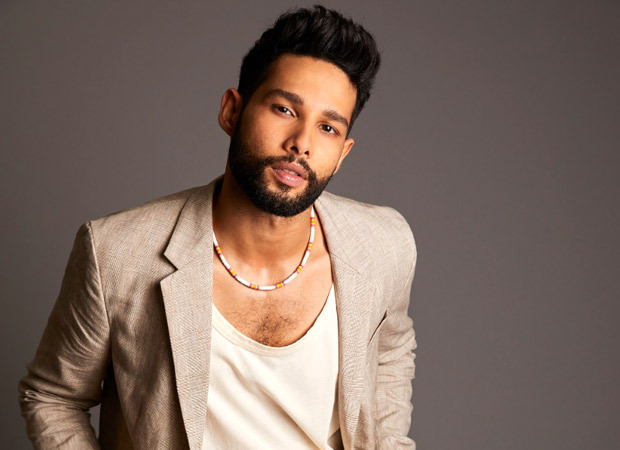 Siddhant candidly says, “It is a known fact that outsiders take way longer to make their presence felt in the industry. I have seen many who have gone through a lot before they were even spotted to do something substantial despite having serious talent. I too have had my fair share of struggles for many years, which I truly cherish, before I got my break.”

The handsome actor wholeheartedly thanks his mentors for empowering him to live his dream to be an actor. He says, “I will be forever grateful to Zoya Akhtar, Farhan Akhtar, and Ritesh Sidhwani for the opportunities they have given me at the start of my career. I would be no one today without their hands over my head. I know I’m one of the fortunate strugglers who have got the attention that we truly deserve. I know of many who didn’t. It’s sad but it’s the truth.”

Siddhant weighs in on the insider vs outsider debate that’s raging in the industry. He says, “Yes, insiders do get spotted early, they have it easy to get their first break and also get many more opportunities than the outsiders get. It’s a reality of this industry and every other industry of the world. It’s almost like a law of the land. Nepotism exists and outsiders have to work that much harder to make their presence felt but there’s beauty in that hard work too.”

Siddhant credits the hardships that he has faced for shaping him into the human being that he is today.

“It (being an outsider) shapes you and your thoughts and steals your mind to achieve what you truly want in life. The only way outsiders in Bollywood can survive is by getting the love of people through our craft and I’m concentrating on doing just that. Hope I manage to entertain the audiences so that they keep coming back to watch me on the big screen and give me wind beneath my wings to soar,” he says.

Yash Raj Films’ Bunty Aur Babli 2, which releases on November 19, is an out-and-out comedy that will pit two sets of con-artists called Bunty and Babli, from different generations, against each other. Saif Ali Khan and Rani Mukerji play the OG Bunty Babli while Gully Boy hunk Siddhant Chaturvedi and the gorgeous debutant Sharvari, play the new Bunty Babli. It has been directed by Varun V. Sharma, who has worked as an Assistant Director in YRF’s biggest blockbusters Sultan and Tiger Zinda Hai.

ALSO READ:Siddhant Chaturvedi is an absolute winner in a monotone set worth Rs. 25,000