We all know that Vicky Kaushal is super excited for his forthcoming film Uri. As seen in the trailer that released a month ago, Vicky is playing the role of an Indian Army officer for which he had undergo extensive prep. He was required to gain 15kgs and his trainer Rakesh Udiyar made sure that Vicky aptly looks like his onscreen character, Vihaan Singh Shergill. 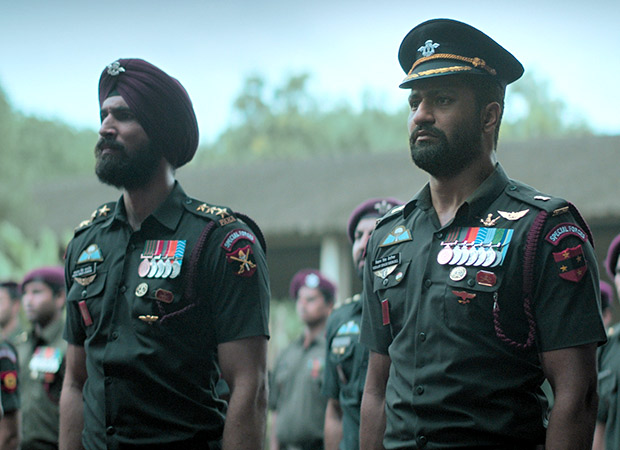 In fact, Vicky Kaushal went on to share a video on social media about his preparation for Uri. It includes many details, from how the actor used to wake up at 3 in the morning and go to Navy Nagar to get different kinds of training like Mixed Martial arts and physical training with co-stars. In fact, considering the rigorous training he was subjected to, he used to call his gym trainer (Rakesh Udiyar) a Jallaad…. Quite a lol moment!

On the other hand, director Aditya Dhar revealed how the actor left no stones unturned, he trained for 18 hours a day. They also went to a boot camp training, which helped them a lot to learn things like, how to use guns, crawling and understand their Psyche etc.

Vicky Kaushal shares the video on his social media and wrote, "A glimpse into my prep for URI. Not just me... me, along with a team of 20 other wonderful actors who gave their everything to the film. Big shout out to all my co-actors, trainers and coaches... @rakeshudiyar ,Mangesh, @amol_kyatam @vickyarora @karannagari_mma #AtulMongia, ‘The Sikh Regiment’ @indianarmy.adgpi and the captain of the ship @adityadharfilms for giving me the most stimulating time as an artist. #URITheSurgicalStrike releases on 11thJan2019 ????????????"

Readers may be aware that Uri is based on the 2016 surgical strikes conducted by the Indian Army in retaliation to an alleged terror attack in the Kashmir region of Uri. Showcasing the story of the night that shook the entire nation, the film showcases the dangerous operation initiated by the Indian Army in retaliation of the terrorist attack by Pakistanis in URI which killed 19 Indian soldiers. The action-packed film boasts of an ensemble cast, including Mohit Raina, Paresh Rawal, Yami Gautam, and Kirti Kulhari amongst others.

Produced by RSVP movies, Uri is scheduled to release on 11th January 2019.