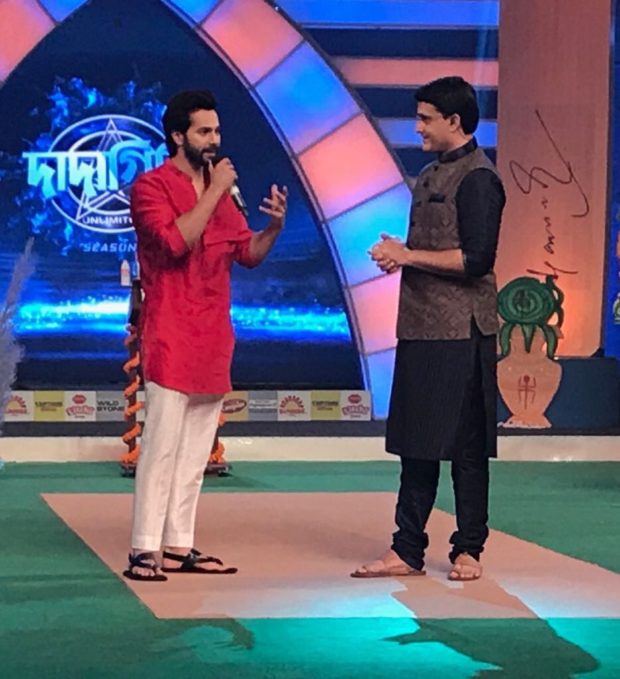 Varun Dhawan, Jacqueline Fernandez and Taapsee Pannu have begun the promotional tour for their upcoming film, Judwaa 2. The trio was visiting different cities and entertaining the audience.

Varun Dhawan, Jacqueline Fernandez and Taapsee Pannu reached Kolkata earlier this week and had an amazing time there. While in Kolkata, they visited the sets of a Bangla show called Dadagiri. Varun Dhawan not only met Indian cricketer Sourav Ganguly but also made him shake a leg on ‘Oonchi Hai Building 2.0’.

Varun Dhawan shared the video with the legendary cricketer and wrote, “Making #dada Sourav ganguly shake leg on #oonchihainduilding2 in Kolkata #dadagiri.” He shared a photo with Sourav Ganguly and wrote, "#dadagiri durga Puja special in Kolkata with @SGanguly99. He's the real dada and such a humble man #judwaa2."

Directed by David Dhawan, Judwaa 2 will release on September 29.