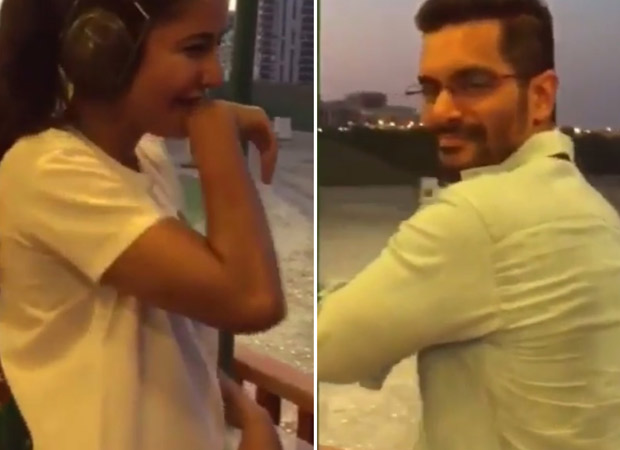 Post Tubelight and Jagga Jasoos, Salman Khan and Katrina Kaif have been keeping busy with the shooting of Tiger Zinda Hai. The last schedule of the film began in Abu Dhabi where the major part of the climax was shot over the 2-month schedule.

Last week, Salman Khan wrapped up the 50 days Dubai schedule and headed to UK Dabangg Reloaded tour. Meanwhile, Katrina Kaif and Angad Bedi wrapped up the film earlier this week. On the last day of shooting, the two actors were seen practicing at the rifle shooting range. Angad shared a video where he and Katrina Kaif are seen training for their action sequences. While Angad is struggling to get his shots right, Katrina is acing at the rifle shooting and hitting the right target. Angad wrote, “Last day of shoot on @tigerzindahai putting up my most favourite and memorable moment. You gotta up your game if next door is @katrinakaif getting every shot on point!!!”

Directed by Ali Abbas Zafar, Tiger Zinda Hai marks the return of Salman Khan as Tiger and Katrina Kaif as Zoya after 5 years. The film is scheduled to release on December 22, 2017.