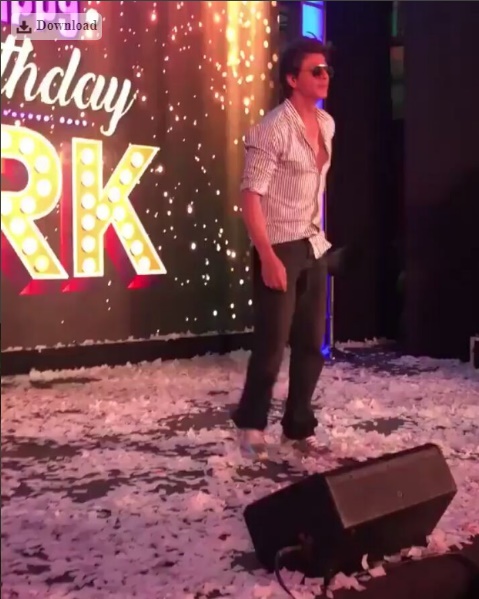 Just like every year, Shah Rukh Khan ringed in his birthday in true King Khan Style on November 2. The actor headed to Alibaug with family and close friends to kick start the 52nd birthday celebrations on November 1. After that, the actor returned to Mumbai to greet the media and fans.

As the tradition continues, massive crowd was gathered outside Shah Rukh Khan’s house Mannat on November 2nd waiting to catch a glimpse of their favourite star. Like every year, SRK came out at the porch of his bungalow to greet the fans with flying kisses and his signature pose.

Post that, Shah Rukh Khan attended the media gathering and fan event at Taj Lands in Mumbai. A lot of SRK fans had come to see him at the fan event. SRK made his grand entry on his song 'Jabra Fan' from Fan. He danced to the whole track while the audience cheered for him.

On the work front, Shah Rukh Khan is busy shooting for Aanand L Rai's film with Katrina Kaif and Anushka Sharma in which he will essay the role of a dwarf.