Sara Ali Khan, daughter of Saif Ali Khan and ex-wife Amrita Singh, is all set to make her debut in Abhishek Kapoor's film, Kedarnath. She is romancing Sushant Singh Rajput in the film. As the trailer released on November 13, the film looks a tragic love story. The promotions for the film have begun as Sara and Sushant are having a good time. 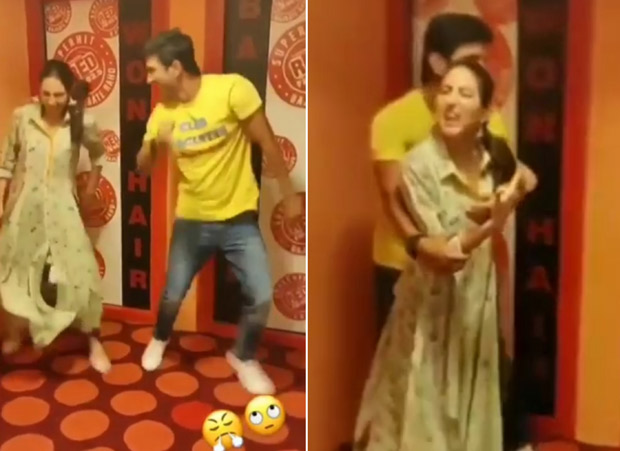 But guess what? During one of the radio promotions, Sara Ali Khan attempted Saif Ali Khan's iconic song 'Ole Ole' from Yeh Dillagi. While she was trying to follow the steps, Sushant Singh Rajput already was dancing but midway started making fun of her. It seems like these guys always enjoy fun banter as Sara started getting little annoyed with Sushant's mocking. But, he hugged her and she was laughing about the entire situation. Anyway, it seems like daddy's little girl is ready to take over the industry by storm.

Kedarnath, starring Sara Ali Khan and Sushant Singh Rajput, is a story based on true events about the floods in Kedarnath. The film is set to release on December 7.

Also Read: “I would like to imbibe Kareena Kapoor Khan’s professionalism in me” – said Sara Ali Khan at Kedarnath trailer launch