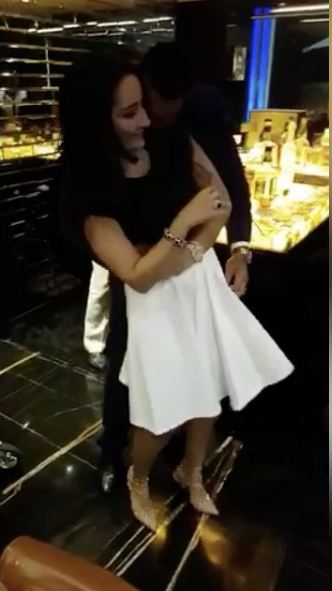 Sanjay Dutt, who is all set to make his comeback with Omung Kumar's Bhoomi, is breaking the Internet with his wife Maanayata Dutt. The actor recently attended a party with his wife and duo shared an intimate dance.

Taking to her Instagram account, Maanayata Dutt shared a video as Sanjay Dutt danced with her. As the couple enjoyed being in each other's company, she captioned the video, "Time for papa to shake a leg." Maanayata Dutt is seen wearing a black and white dress with nude heels while Sanjay Dutt is sporting a dark blue tuxedo.

On the work front, Sanjay Dutt's comeback film Bhoomi also stars Aditi Rao Hydari, Sidhant Gupta and Sharad Kelkar. The trailer that released on August 10 gave an insight into the father-daughter relationship between Sanjay Dutt and Aditi. Directed by Omung Kumar, it is slated to release on September 22, 2017.