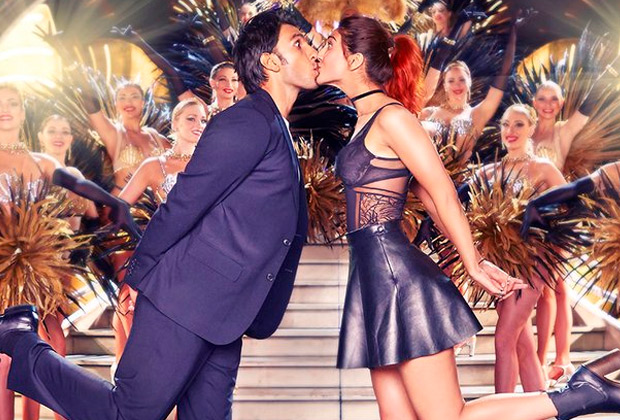 A few days ago, Ranveer Singh and Vaani Kapoor flew to Paris for the big trailer launch of their highly anticipated film, Befikre. The trailer came out last night and was unveiled at the Eiffel Tower.

After reaching Paris for the grand launch, Ranveer Singh did what he does best- go out of the way to enjoy the place. At first, he and Vaani Kapoor recreated Shah Rukh Khan and Kajol's iconic song 'Ruk Ja' from Dilwale Dulhania Le Jayenge. Sharing the video, Ranveer wrote, "Bade-bade deshon mein Sabse Bada Trailer launch!!! ❤ ️#BefikreInParis #BefikreTrailer."

Ranveer Singh was so inspired by DDLJ in Paris that he once again recreated another song from the same film. He filmed a video while taking a shower and dancing to Kajol's song, 'Mere Khwabon Mein Jo Aaye'. He called it, 'Befikre Shower'.

This goofing around didn't end here. The night Ranveer reached Paris, he was so inspired by Michael Jackson after wearing a red leather jacket that he danced to his famous song Thriller. Channeling his inner MJ, he didn't care that he was dancing on the streets of Paris.

Directed by Aditya Chopra, Befikre is scheduled to release on December 9.