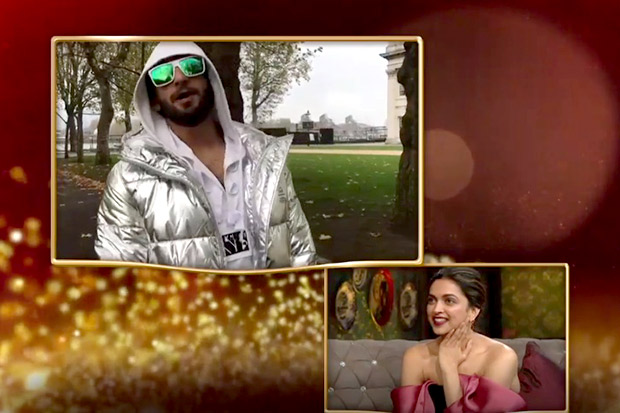 Ranveer Singh and Deepika Padukone are undoubtedly one of the loveliest couples in Bollywood. Although the two of them have not accepted their relationship openly, they have often expressed their emotions via several mediums that leave the audience in awe. The two celebrities even leave cutesy messages on each other's social media as well.

Now, it is known Ranveer Singh will go all out to express his love for Deepika Padukone. Well, he performed the song 'Ek Ladki Ko Dekha' from 1942 A Love Story on camera for Deepika and her response was hilarious. This happened on the sets of Shah Rukh Khan’s new talk show, ‘Baatein with the Baadshah’ for Lux Golden Rose Awards 2017 where Ranveer Singh sent a video message for Deepika. 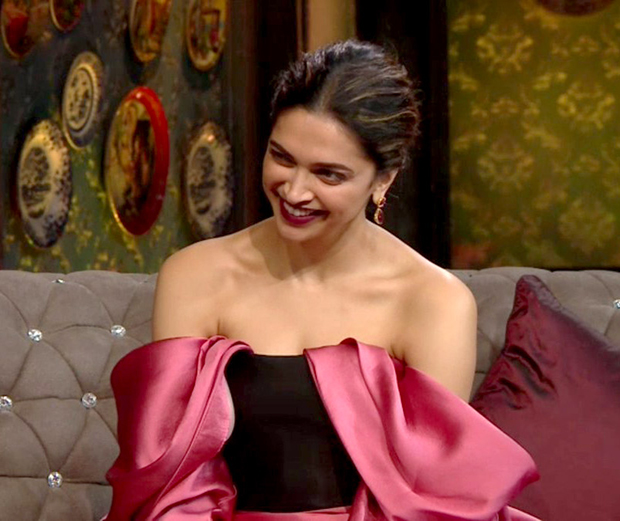 Expressing his love in the best way possible, Ranveer was seen dancing hilariously on the song wearing silver a jacket with blue shades.  Deepika could stop herself from laughing and blushing as she called him, "Such a clown!"

Ranveer ended the message saying, "You are like a glowing ray of light, you bring light into my life. I pray to god that this light remains in your life too. There’s nobody like you. God bless you. Lots of love."

On the work front, Deepika Padukone and Ranveer Singh are starring in Sanjay Leela Bhansali's Padmavati alongside Shahid Kapoor. The film is currently embroiled in controversies and has been postponed. The new release is yet to be announced.