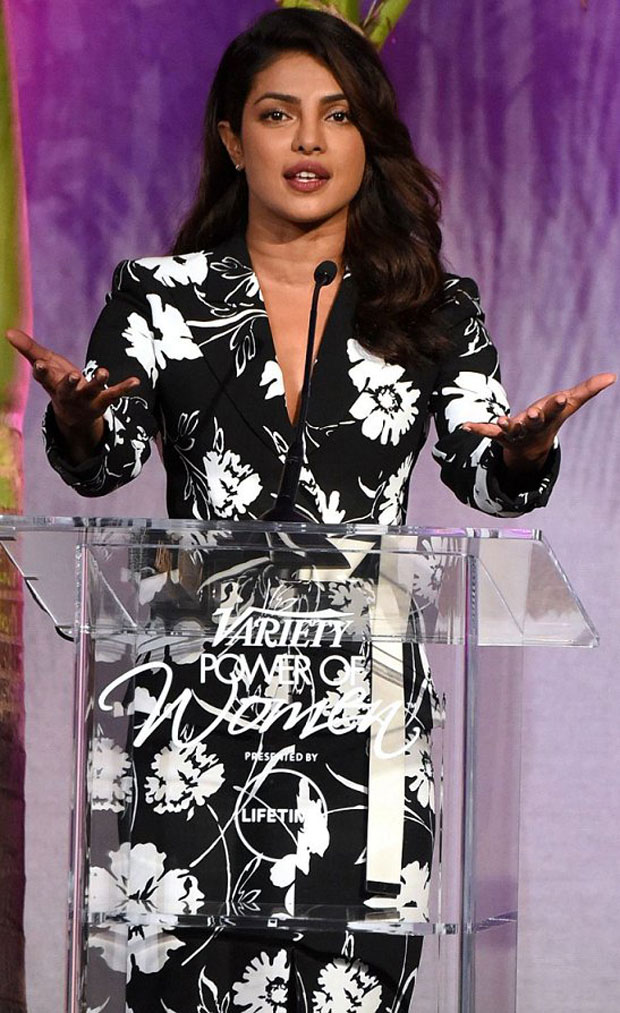 Bonafide globe trotter Priyanka Chopra is one busy lady. The actress, who is UNICEF's Global Goodwill ambassador, has working towards child welfare and girl child education for years now. Now, for her philanthropic work, Priyanka Chopra was honoured in the special edition of Hollywood's elite magazine cover, Variety. 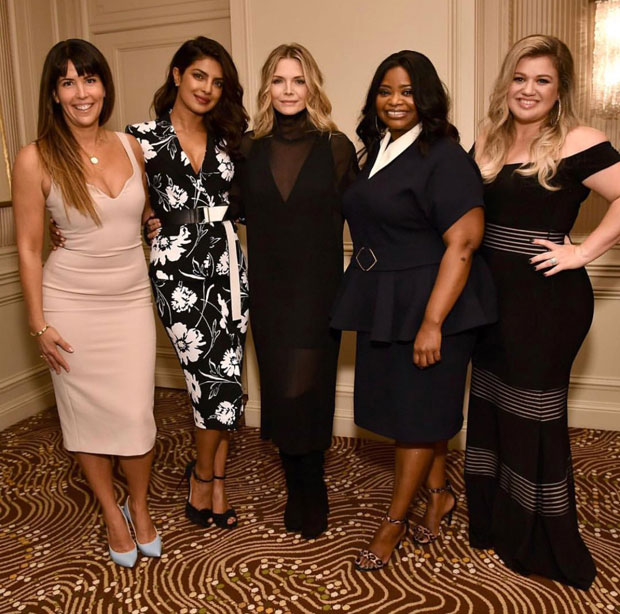 This past weekend, Priyanka Chopra was honoured at the annual 'Variety Power of Women' luncheon at the Beverly Wilshire Four Seasons. The event is annually organized to honour Hollywood's most philanthropic women whose efforts have made a significant impact on their chosen charities and causes. 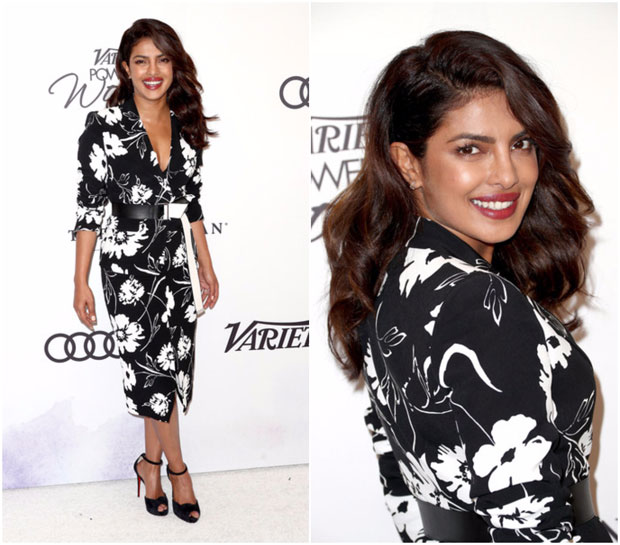 Priyanka Chopra gave an empowering speech at the luncheon about her work, why educating children are important. Extending her heartiest congratulations to her fellow peers, Priyanka shared her experience by saying, "My first experience at the glaring disparity between boys and girls came at a very young age. I grew up in a middle-class family with extremely philanthropic parents who constantly reminded me and my brother how lucky we were and how giving back to those less fortunate was not a choice. It was a way of life. Simple." 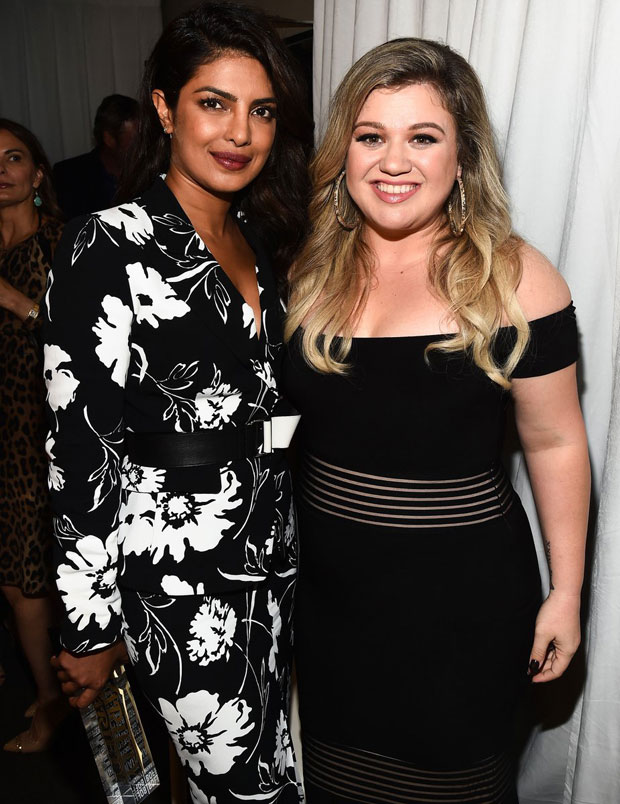 Speaking about her negative experience with a producer-director, Priyanka further said, "Early on in my career, I must be 18 or 19, a producer-director told me if I didn't agree to the ridiculous terms of painfully low salary in his movie that he would just replace me because girls are replaceable in the entertainment business. It made me decide to make myself irreplaceable."

Lastly, Priyanka Chopra said, "As entertainers and influencers, I feel that it is our social responsibility to be a voice for the voiceless."

Post the show, Priyanka Chopra also met other honorees including Kelly Clarkson (QX Super School), Patty Jenkins (Anti-Recidivism Coalition), Michelle Pfeiffer (Environmental Working Group), and Octavia Spencer (City Year). She also met This Is Us star Chrissy Metz who was one of the guests at the event. 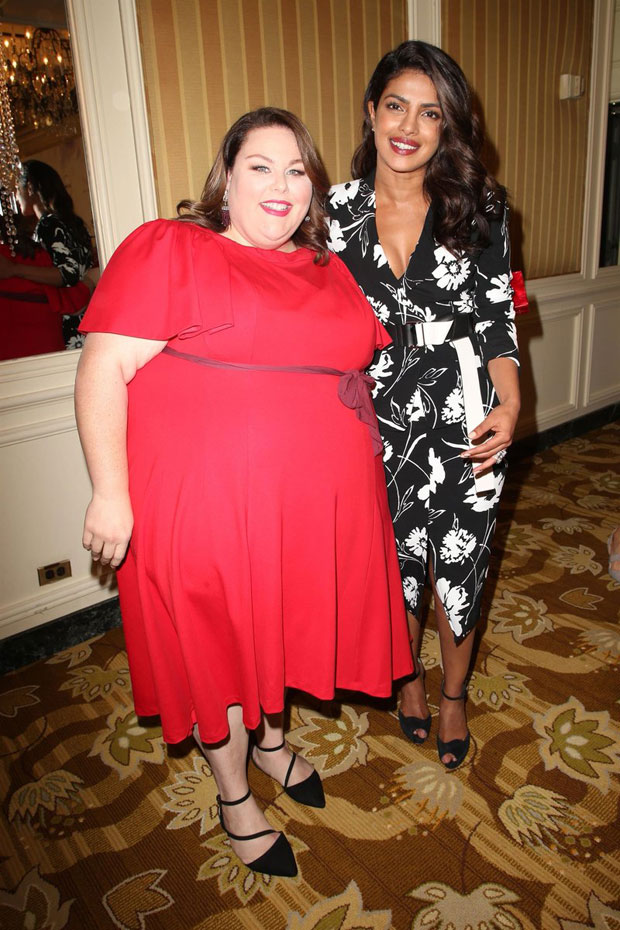 On the work front, Priyanka Chopra has begun shooting for the third season of Quantico. She has already completed her next film which is a romantic comedy Isn't It Romantic. Starring Adam Devine, Liam Hemsworth and Rebel Wilson, it is slated to release on February 14, 2019. Besides this, Priyanka Chopra will be starring as a single mom in A Kid Like Jake alongside Jim Parsons, Claire Danes and Octavia Spencer.