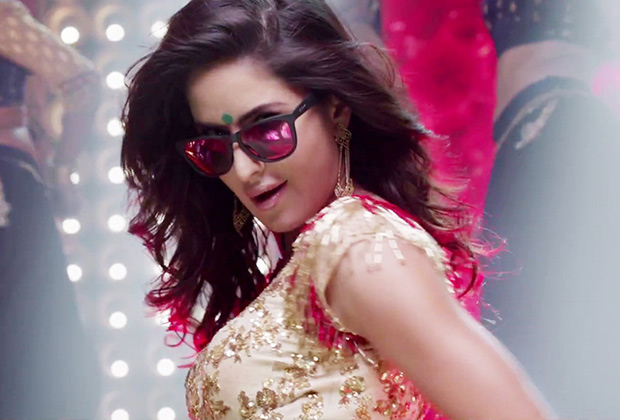 Though Baar Baar Dekho wasn’t enticing enough for the audience, if there was one thing about the film that fans couldn’t stop raving about was the ‘Kala Chashma’ song. While the song had created a furor even when it released in the early 2000, the version in the Nitya Mehra directorial was equally a chartbuster. Now recreating the magic for a performance, we saw Katrina Kaif yet again grooving to the track recently.

Katrina Kaif shared a video of her rehearsing steps along with a team of dancers on Badshah’s version of ‘Kala Chashma’ on her social media page. However she did not provide many details about her next grand performance.

Katrina Kaif, a couple of months ago, had gone on a US Tour with her Baar Baar Dekho co-star Sidharth Malhotra and Gen Y stars gang and we hear that the actress had performed on several of her hit numbers during the same.

On the movies front, Katrina Kaif will next be seen in Jagga Jasoos opposite former flame Ranbir Kapoor and Tiger Zinda Hai opposite Salman Khan. The actress has also been signed for a film tentatively titled Raat Baaki by Dharma Productions. While Fawad Khan was supposed to star in it, the recent Pakistani artists ban controversy has left the film’s casting is a dilemma as of now.