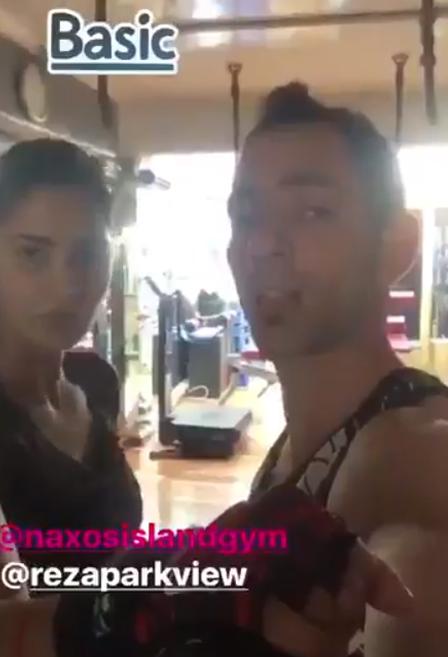 Katrina Kaif has been keeping quite busy and hustling hard at work on a choc-o-bloc schedule. While the actress is quite busy, she does not miss a day for the workout.

On Wednesday, Katrina Kaif wrapped up a song for Tiger Zinda Hai. Instead of taking rest, she straight away hit the gym where one can see Katrina working out with her fitness trainer Naxos Island Gym in Greece. Well, not exactly working out but trying to get in some dance moves here and there in between training breaks. She simply captioned the video, "Basic."

Directed by Ali Abbas Zafar, Tiger Zinda Hai stars Salman Khan and Katrina Kaif as Tiger and Zoya. The film is the sequel to the 2012 blockbuster, Ek Tha Tiger. It is slated to release on December 22, this year.

Besides this, Katrina Kaif has two big projects lined up. One is Aanand L Rai directorial starring Shah Rukh Khan and Anushka Sharma in the lead. The other one is Vijay Krishna Acharya’s Thugs of Hindostan starring Aamir Khan, Amitabh Bachchan, and Fatima Sana Shaikh. Both the films are scheduled for 2018 release.