Salman Khan never fails to impress his fans. Now, with Da-Bang Tour, the actor has brought his Dabangg Reloaded tour to the United States and the shows are getting better each time.  After performing in Atlanta, the cast of the tour has reached Los Angeles this past weekend to enthral the audience. And one of the biggest stars to join Salman at the international tour is his Tiger Zinda Hai co-star Katrina Kaif. The impressive line-up includes Sonakshi Sinha, Maniesh Paul, Jacqueline Fernandez, Daisy Shah, Prabhu Dheva and Guru Randhawa. 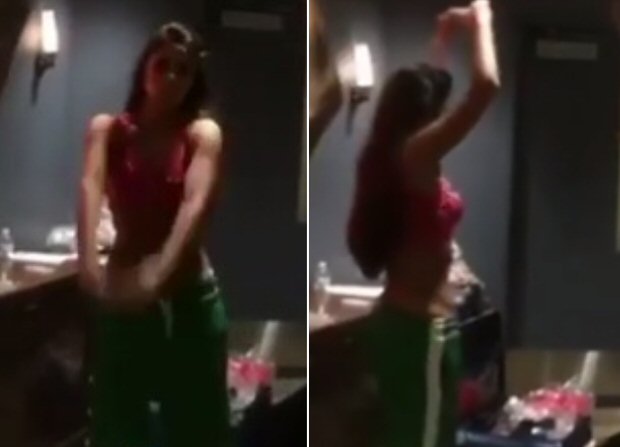 Katrina Kaif is known to be a helluva performer. She has, time and again, proven she is a fantastic dancer. While performing in different cities in the US, she is making sure to take it all in. As we have seen the stage performance glimpses, the backstage shenanigans are even more fun to watch. Katrina, on Monday, shared a video of herself doing the warm sessions with her team and it is absolutely hilarious. While she is showing some hip movements, her team members are copying her in a funny way.

Meanwhile, Katrina Kaif will be seen in multi-starrer, Thugs Of Hindostan. With Aamir Khan, Amitabh Bachchan and Fatima Sana Shaikh, the Vijay Krishna Acharya directed film is slated to release in November 2018. She will be also seen in Aanand L Rai’s film Zero. The film stars Shah Rukh Khan and Anushka Sharma. It is scheduled to release on December 21, 2018.

"They are paying me so much money"- Anusha…