Kapil Sharma is headlining a comedy show and we cant help but wish well for him! Kapil has gone through a rough patch lately and therefore it is imperative that this show works, and works well on television. The show will begin from the end of this month and the first guests of honour on it are Salman Khan and his family. Kapil Sharma has also shot with the Simmba Jodi Ranveer Singh and Sara Ali Khan. We just got hold of the FIRST video on the internet and it has blown our mind away. 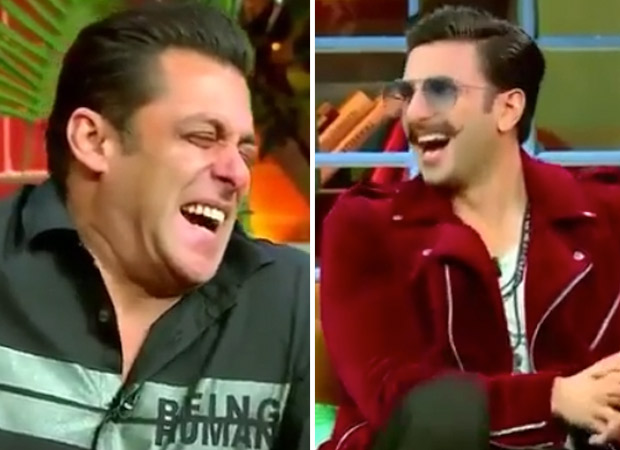 In a short clip from the show, we see Salman Khan, dad Salim Khan and brothers Sohail Khan and Arbaaz Khan cry tears of laughter. Ranveer Singh and Sara Ali Khan are also shown cracking up hysterically on the show. We are now so excited to watch the show. Salman and Salim Khan are also supposed to be coming for Kapil’s Mumbai reception too.

Kapil Sharma is for now concentrating on The Kapil Sharma show and getting his career back on track. He will then go on a honeymoon with his wife Ginni Chatrath. He got married to her on December 12 in a traditional ceremony in Jalandhar and then hosted a reception for his local family and friends.

Check out the promo of his much awaited show below:

While Kapil is gearing up to re-launch his show, his professional nemesis Sunil Grover has already come out with his brand new comedy show on a different channel called Kanpurwale Khurranas. The first episode was aired this weekend and Simmba stars Ranveer Singh and Sara Ali Khan made an appearance on the show.