Elli AvrRam has perfect precision with her stunts. The pretty actress recently uploaded a video where she can be seen performing stunts and action sequences. From taking down men with her moves to using proper tactics to win over her opponent, the 1-minute video that Elli uploaded has gone viral on the internet. 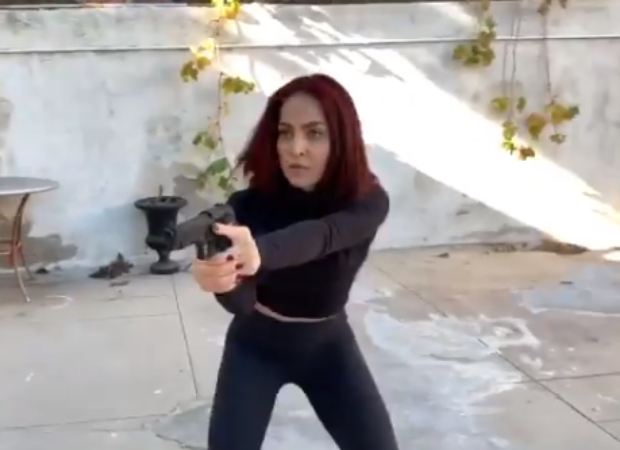 Elli can be seen engaging in a stage combat fight where she shows different ways in which ladies can defeat opponents who might seem more powerful than them. She also shows that women are not weak and uses several different martial arts forms in the training video. The 1-minute clip has left her fans waiting for more. In fact, most of her fans gave the video a huge thumbs up.

With Elli receiving tremendous applause for her performance in Alt Balaji's The Verdict State vs Nanavati, we won't be surprised if Elli soon signs a big action film. Or maybe, this was just a trailer to what's in store for the lovely lady!

ALSO READ: PHOTOS: Elli AvrRam gives a glimpse of how she spent her birthday this year and it is adorable