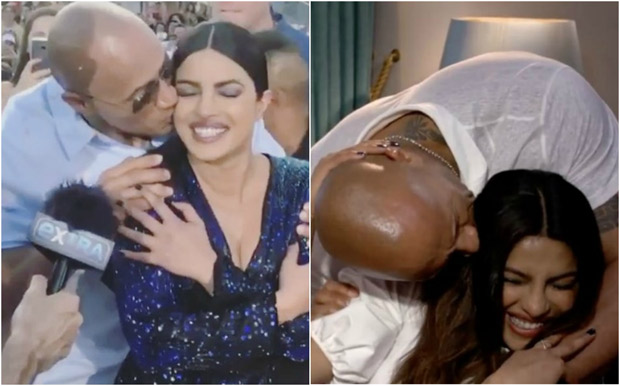 Priyanka Chopra has finally begun the worldwide promotions of her upcoming Hollywood debut film, Baywatch. This past weekend, the cast had a grand premiere of Baywatch in Miami.

At the red carpet of the premiere, the film's lead actor Dwayne Johnson reunited with Priyanka Chopra and surprised her with a sweet kiss. There was another moment during the press junket when Priyanka was busy answering questions and got surprised by Dwayne again. He once again planted a sweet kiss on her head before he left. 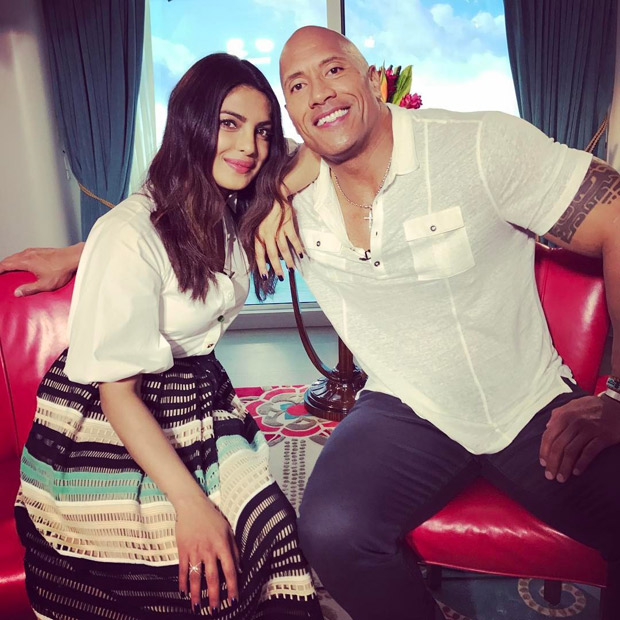 Priyanka Chopra also shared a moment with him from the press junket and praised her co-star. She wrote, "Truly one of the nicest guys I know.. @therock keep charming the world #baywatch #may25th."

Directed by Seth Gordon, Baywatch is comedy action film inspired from the tv show with the same name. It stars Dwayne Johnson, Zac Efron, Priyanka Chopra, Alexandra Daddario, Kelly Rohrbach, Jon Bass among others. It is scheduled to release on May 25 in US and June 2 in India.