Anupam Kher who returned to Mumbai from London before the nationwide lockdown has been in touch with his fans through social media. Recently the senior actor shared a video of his brother Raju giving him a haircut. 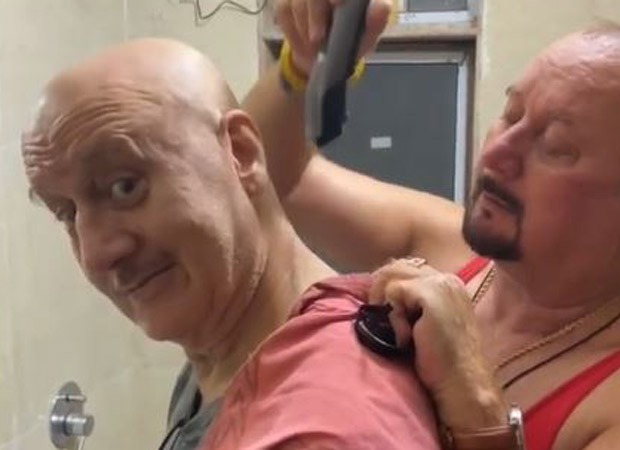 Sharing the video, he wrote, "We are not bald. We are just taller than our hair!!” That was the quickest haircut. #Brothers #JaldiHoGaya @rajukherofficial.”

“We are not bald. We are just taller than our hair!!” That was a quickest haircut. ???????? #Brothers #JaldiHoGaya @rajukherofficial

Fans were amused to see the striking resemblance between Anupam Kher and Raju Kher. Carbon copy sir ji”, “you both are twins” and “Ram Laxman” - is what some users wrote.

Before the lockdown, Anupam Kher was shooting for the American TV show New Amsterdam in which he plays the role of Dr. Vijay Kapoor. He returned to India just before the lockdown and has been at home ever since he returned.