As R Madhavan and Aparshakti Khurrana starrer Dhoka: Round D Corner is all set to entertain the audience in theatres from this Friday, the promotion of the film is still going full-fledged. And, in the latest promo video of the crime-thriller, we see Anup Soni walking into the lives of Dhoka: Round D Corner characters while breaking it down for the audience. Interestingly, the highlight of the video is undoubtedly his style of storytelling, which reminds us of his popular TV show Crime Patrol. 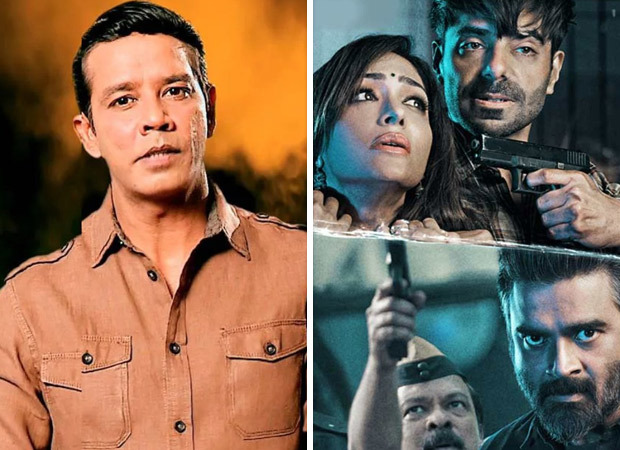 As the video starts, Soni narrates an interesting story. As the video progresses further, he introduces R Madhavan and Khushalii Kumar’s characters Yathaarth Sinha and Sanchi Sinha, respectively. Then he explains how their world turned upside down when Sachi was taken hostage by a loose terrorist. As the video ends, the star cast also joins Anup Soni.

Talking about the film, R Madhavan and Khushalii Kumar play a middle-class couple, while Aparshakti Khurrana has played the character of a terrorist. On the other hand, Darshan Kumaar steps into the shoes of a cop. Speaking about his character in his role, Aparshakti earlier said, "With Dhoka, I am attempting a very different genre for the very first time. I was trying to do something apart from comedy for a while now but only Kookie Gulati and Bhushan Kumar showed that confidence in me.

He further added, “It explores a different take on human relationships intertwined because of personality complexes, captured with an overall theme which is slightly grungy and grey. I play a Kashmiri terrorist in the film. I have tried to show a different side of myself as a performer and I hope that the audience accepts me in this new version of mine on the big screen! I am really excited for this one.”

The Kookie Gulati directorial, released on September 23, is clashing with Chup: The Revenge of The Artist, an R Balki directorial featuring Salmaan Dulquer and Sunny Deol in the lead.

Also Read: The trailer of Dhoka Round D Corner garners excellent reviews and appreciation and is expected to be smashing blockbuster!