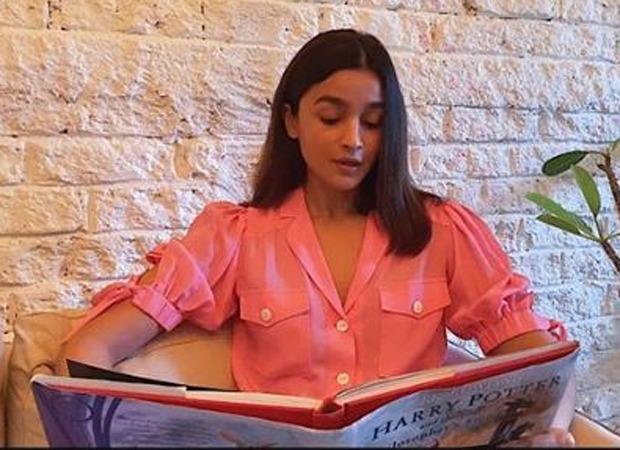 Sharing the video, Alia Bhatt said, “It wasn’t until lockdown in India that Harry, Hogwarts and the wizarding world became regular fixtures in my life. Somehow, despite the fierce insistence of my sister life always intervened and I never quite got around to befriending the books. But confined to my home - I journeyed to Hogwarts with Harry and was transported to a world of endless possibility. And, just like magic, that was when I was asked to be a part of Harry Potter at Home.I didn’t quite believe in magic until two months ago - but now - thanks to Harry, I do. 10 million points to Gryffindor.”

Two months ago Harry, Hogwarts, and the wizarding world walked into my life and almost immediately, in my heart. Somehow, when I was younger life always intervened and I never quite got around to befriending the books. But. Just like magic, two months ago, I did. And, just like magic, I was asked to be a part of Harry Potter at Home. 10 million points to Gryffindor! ???? Click the link in bio! #HarryPotterAtHome @wizardingworld

On Friday 20th March The Blair Partnership and J.K. Rowling made a temporary license available for teachers to support reading and distance learning, using Harry Potter Books 1-7.  As such, J.K. Rowling supported teachers by allowing a new temporary special license that helped them to provide distance learning to students in a virtual classroom setting or reduced capacity school setting. J.K. Rowling announced it on Twitter and on her website.

On 1st April, J.K. Rowling alongside Audible, Bloomsbury, libraries around the world, Pottermore Publishing and Scholastic, announced a new online resource, the Harry Potter At Home hub – to help children, parents, carers and teachers add a touch of Harry Potter magic to their new daily lives. The team continue to add new content including, quizzes, reading tips, craft activities and more every week.

The first Harry Potter audiobook was also made available for everyone via the Audible Stories platform in six languages, and the eBook and audiobook were made more widely available through our many library partners throughout the world.