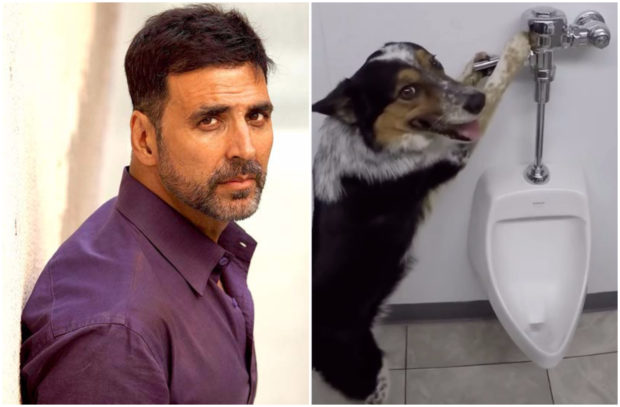 Akshay Kumar and Bhumi Pednekar starrer Toilet - Ek Prem Katha released on August 11 and it has received an amazing response. The film has also entered the 100 crore club, thus, making it one of the successful films of 2017. Although the film has released and promotions are done, it seems like Akshay Kumar has not stopped with the promotional activity.

On Sunday Akshay Kumar opted a hilarious way to promote Toilet - Ek Prem Katha. He has shared a video of his cute dog who is teaching human basics. Akshay was teaching the dog to pull the flush handle. The interesting video was captioned as "Look who’s a good boy!"

On the work front, Akshay Kumar will be next seen in Rajinikanth starrer 2.0. Besides this, the actor is starring in R Balki's PadMan with Radhika Apte and Sonam Kapoor. The film is scheduled to release early next year. He is currently shooting for Reema Kagti's Gold.

Look who's a good boy! #ToiletTraining 101