Actors Akshay Kumar, Kareena Kapoor Khan, Diljit Dosanjh and Kiara Advani have started with the promotions of their upcoming release Good Newwz. The madcap comedy flavour is an infectious one, and it does look like all of them are suffering already. En route to a promotional event, the gang gave a hilarious twist to James Corden’s Carpool Karaoke videos, and decided to sing their own film's song! 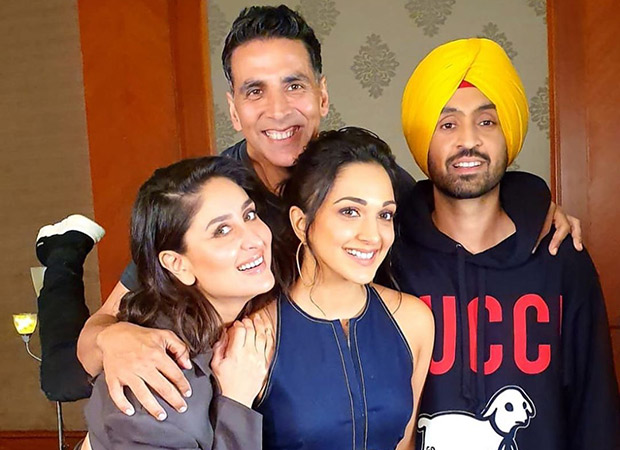 Akshay began with singing his track Maana Dil at the top of his voice and was soon joined by the rest who were in no mood to make it slightly less loud either! "Car-a-vaan with Team Good Newwz. We do promotions even while going for promotions . Here’s Team #GoodNewwz’s car-a-vaan session," Akshay wrote, sharing the video on Instagram. Out of tunes, but never out of fun!

The film, helmed by Raj Mehta, is around two married couples who are trying to obtain parenthood through IVF, at the same time. A major goof-up happens when the women are impregnated with the wrong sperms! It is slated to hit the theatres on 27th December.