Virat Kohli and Anushka Sharma are couple goals and now that’s been established. Both are rich, super successful and totally in love with each other. While they do not shy away from indulging in PDA at every given opportunity, its like there is no thing that stops them from celebrating their love. Now, the Indian skipper took to social media and shared an INCREDIBLE view from his apartment he shares with Anushka Sharma in Mumbai. He posted a gorgeous pic of the Mumbai skyline and wrote, “Where else would you want to be if you have such a stunning view from home.” 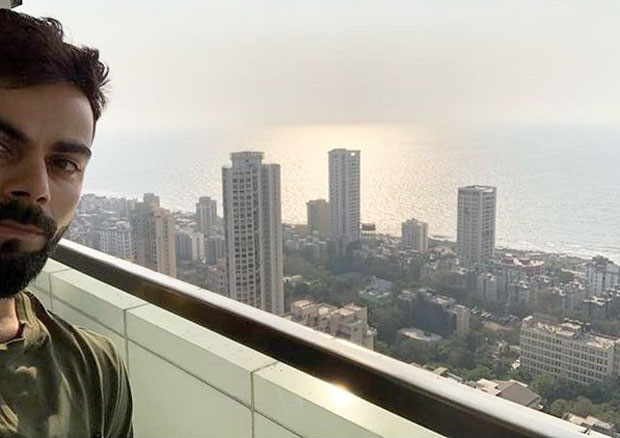 We are totes jealous of this apartment. Aren’t you too? Anushka is currently working on her film Sui Dhaaga with Varun Dhawan in the hinterlands of the country while she has just released her third home production Pari with Bengali co star Parambrata Chatterji. It is brilliant how her film choices are reflecting her inherent persona. Also, she through her actions, she has shown that her marriage will not get in the way of her career and she will continue making great strides at work.

Virat and Anushka were also in the news after the paps lapped up a beautiful moment shared by them at the airport. Their reunion was brilliantly captured on camera and we all let out a collective sigh, looking at these two! Virat also took an opportunity to thank Anushka to an extraordinary support in his life. Check out pic from their love nest and like us, celebrate their love too.

Where else would you wanna be when you have such a stunning view from home! ????♥️