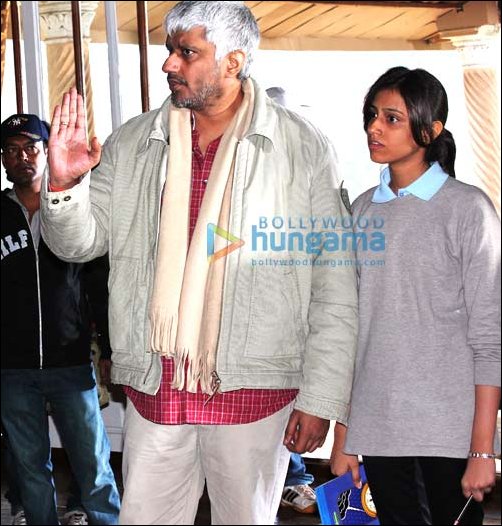 Director Vikram Bhatt's daughter Krishna will be making her debut in Haunted - 3D which is all set to release this week.

For 16 year old Krishna, acting was never an obvious choice. When Vikram was shooting for his movie Haunted-3D in Ooty, he realized that he needed a girl to play the piano in a particular scene and his daughter Krishna, who was on the sets assisting him, came in as the perfect fit.

Says Vikram, "There's a scene in the movie where the lead actress is attending a piano class. Hence, I needed someone who could play the piano and that's when Krishna came to my mind."

The teenager is obviously very excited to be directed by her father in her debut film.

Krishna Shroff enjoys the sun in a bikini as…