The popular phrase, ‘All work and no play makes Jack a dull boy’ rings true for the cast of Junglee Pictures’ Badhaai Do, featuring Rajkummar Rao and Bhumi Pednekar. Recently, Rajkummar took to his Instagram handle to share an image from the sets of the family entertainer. 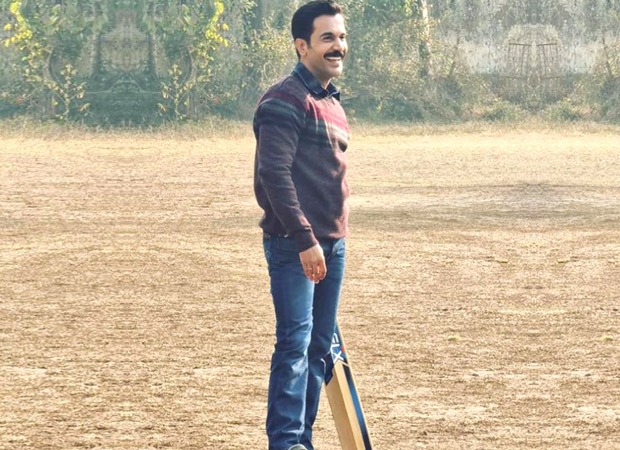 In this image, we can see an excited Rajkummar sporting his moustache look and holding the cricket bat that has his fans raving with excitement. He captioned the image as "In between shots. Ground में Cricket खेलने का अलग ही मज़ा है। ना One tip, one hand, ना इस दीवार को direct टच हुई तो आउट वाले rules. #बधाईदो।" We dug out some more interesting photographs and videos of the no-rule applied game where the cast can be seen rejuvenating between work.

Bhumi posted a story and expressed #Sumidiaries #BadhaaiDo Full time Time pass ????????, tagging Rajkummar Rao and Junglee Pictures. The cool video with 'Jeetega bhai Jeetega' music will give you the complete vibe on her social media.

Badhaai Do is currently being shot in Uttarakhand and the cast has an extensive shoot schedule planned to make this film another promising family entertainer in the same franchise.

Badhaai Do is a part of the franchise Badhaai Ho that was a complete hit at the box office for its rib-tickling, entertaining and unconventional storyline. Junglee Pictures announced Badhaai Do starring Rajkummar Rao and Bhumi Pednekar — a fresh jodi on screen and both of them will be seen in completely different avatars.

The film, Badhaai Do is produced by Junglee Pictures, helmed by Harshvardhan Kulkarni and written by Akshat Ghildial and Suman Adhikary.

ALSO READ: Rajkummar Rao says Shah Rukh Khan is the reason why he became an actor